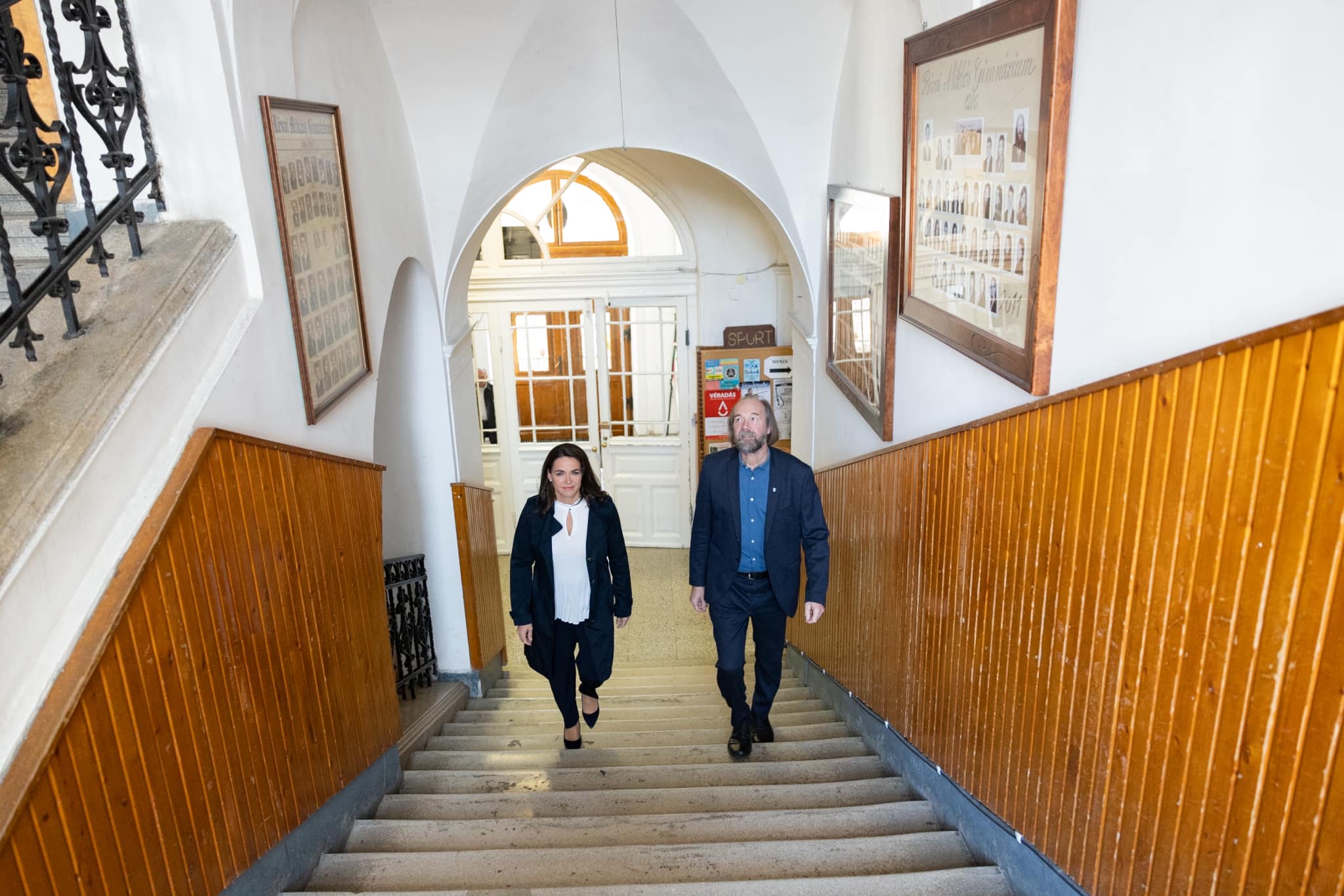 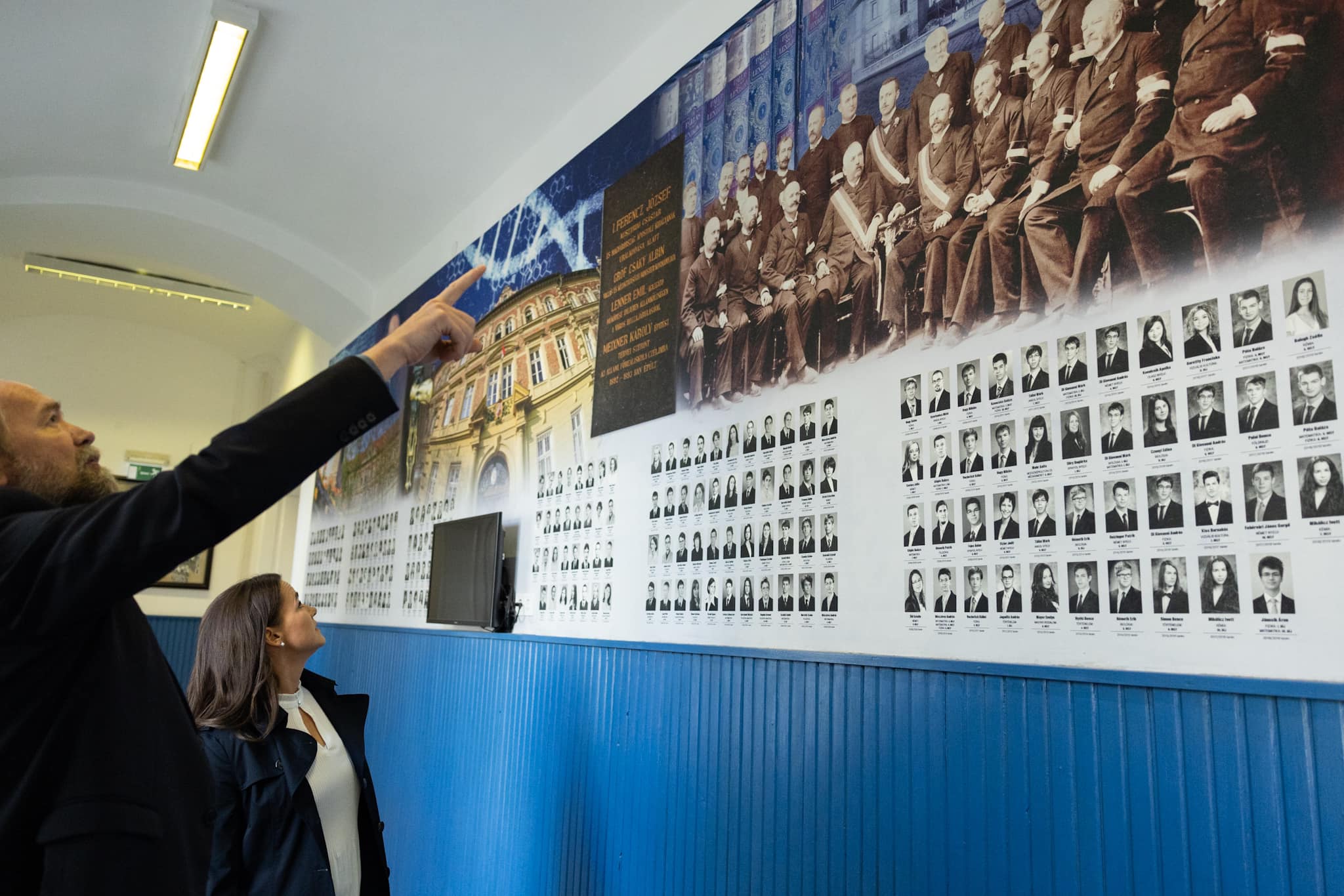 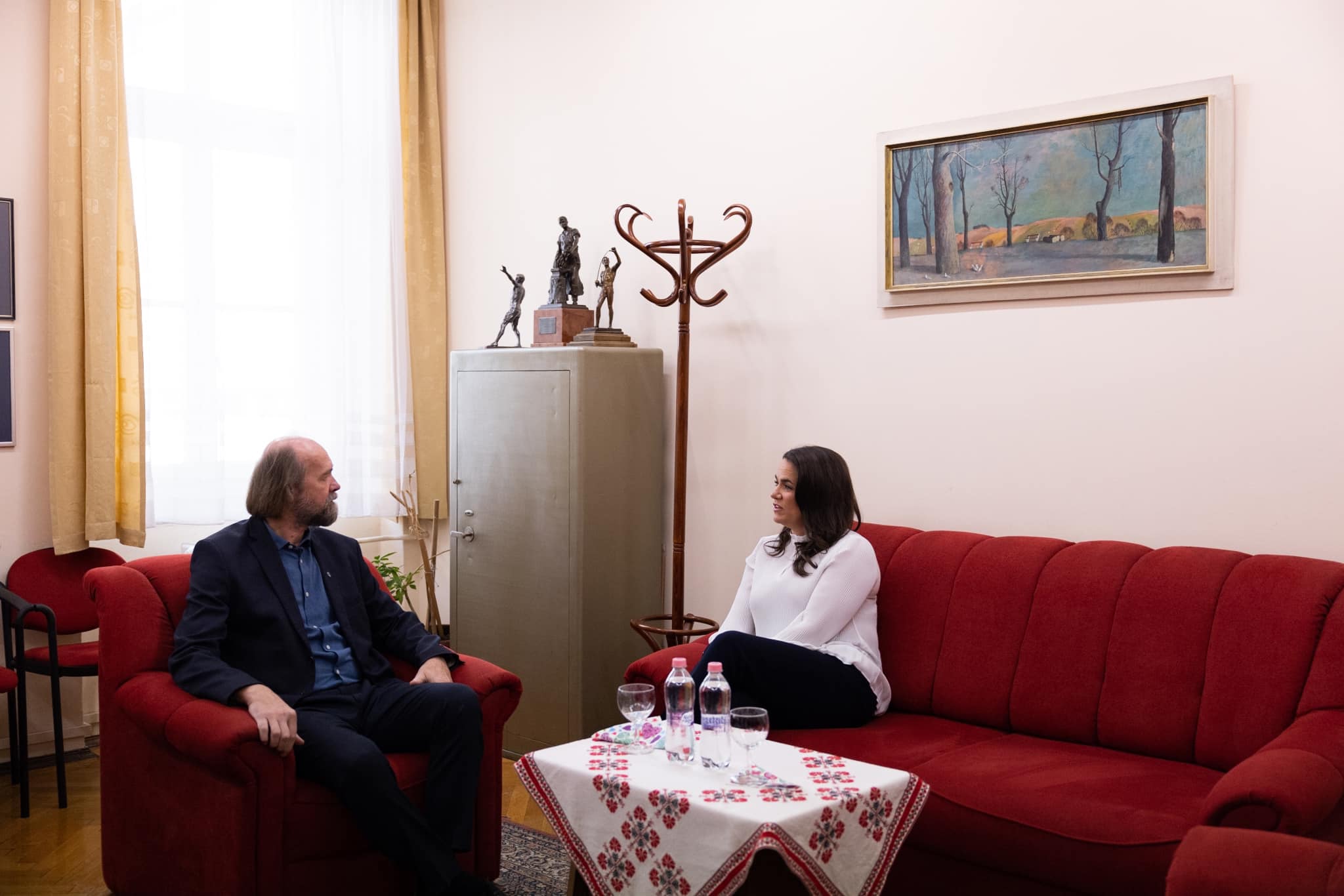 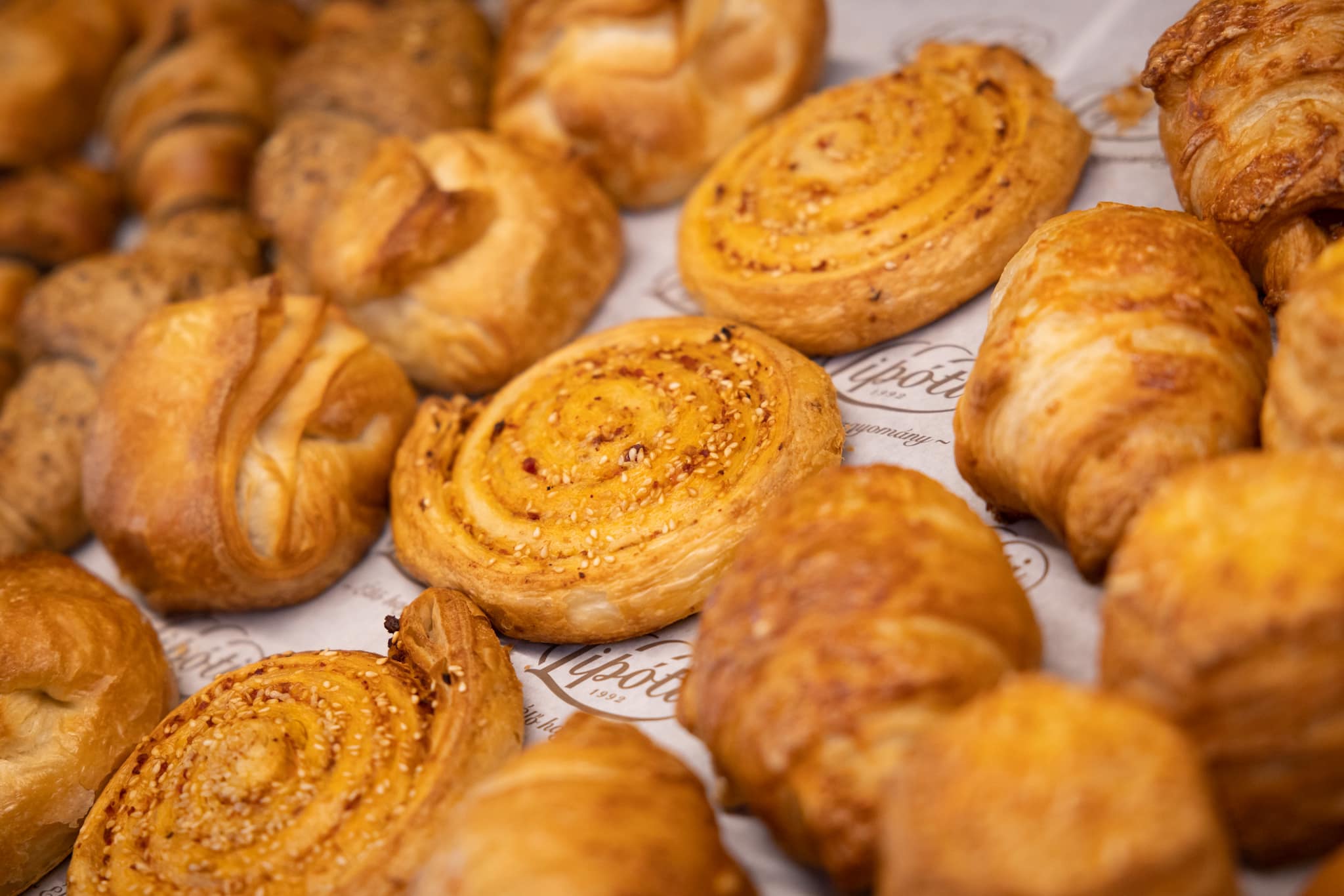 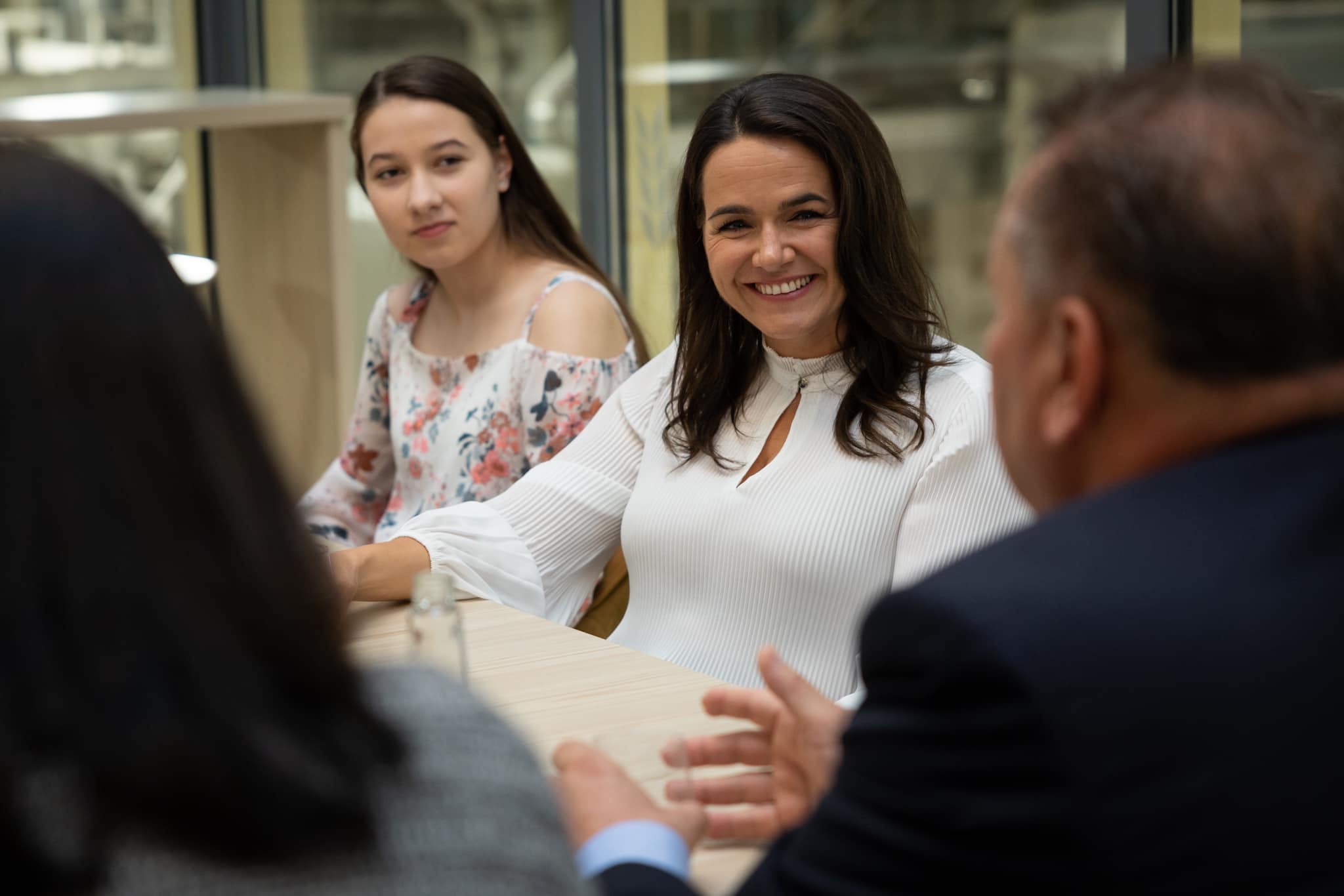 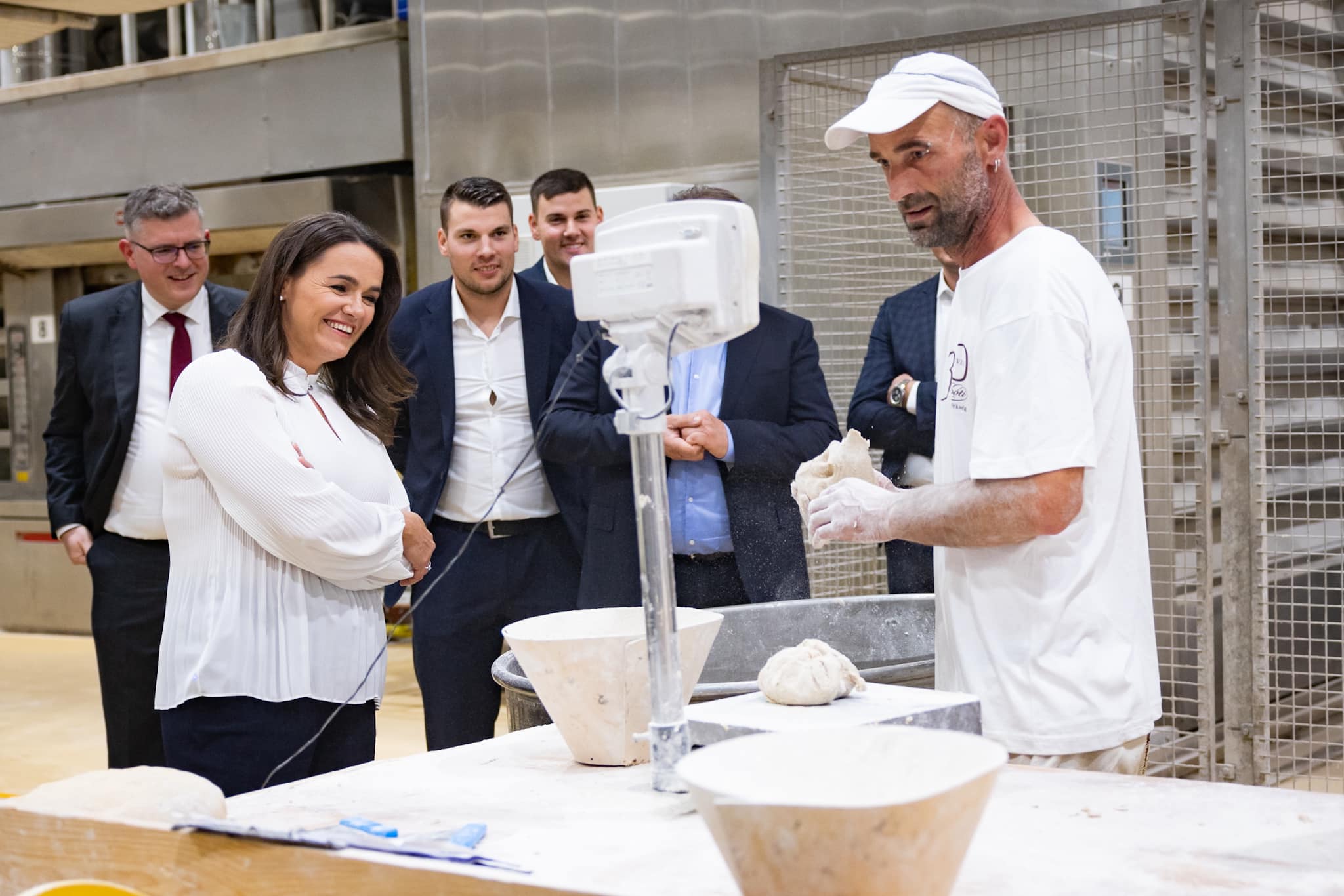 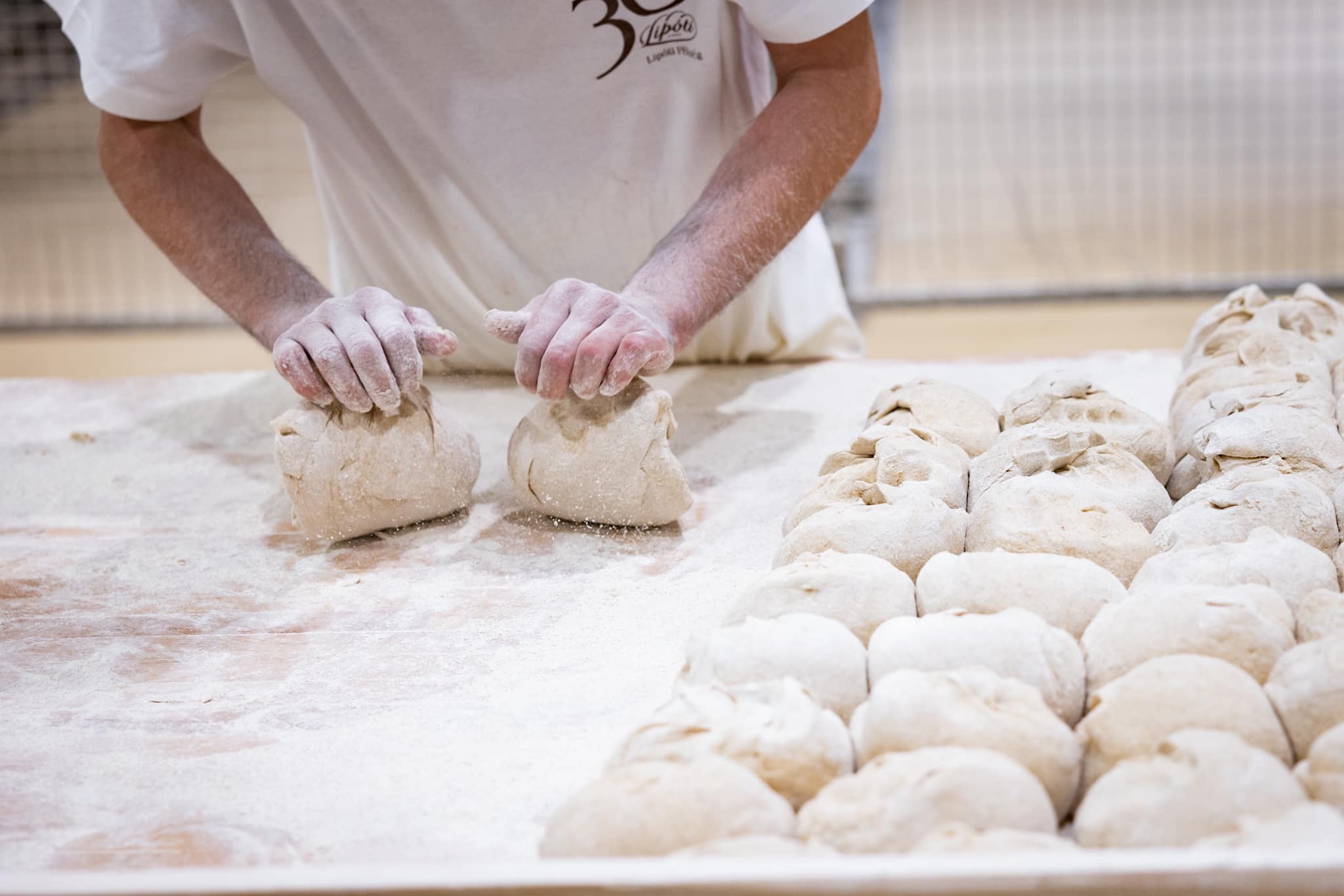 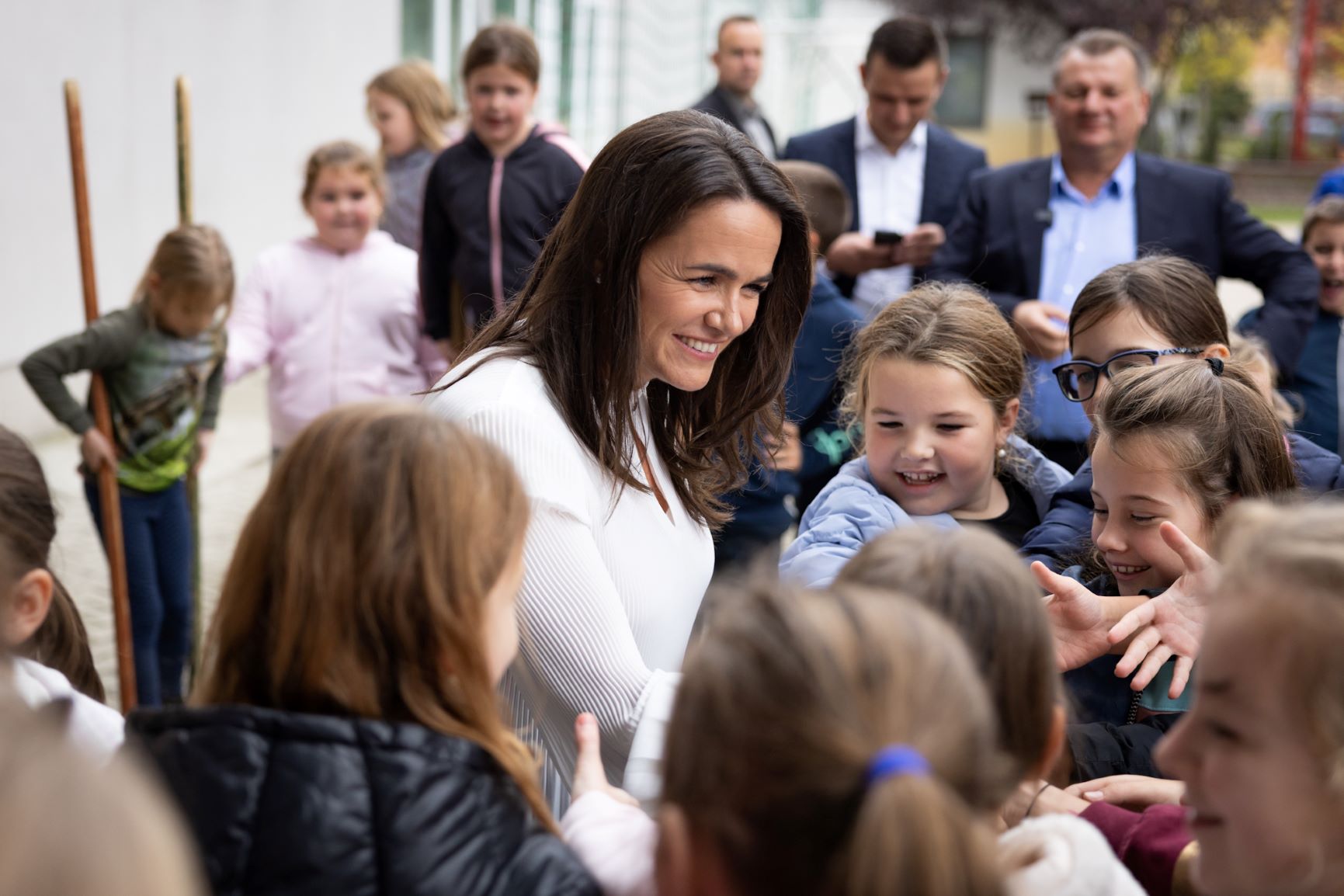 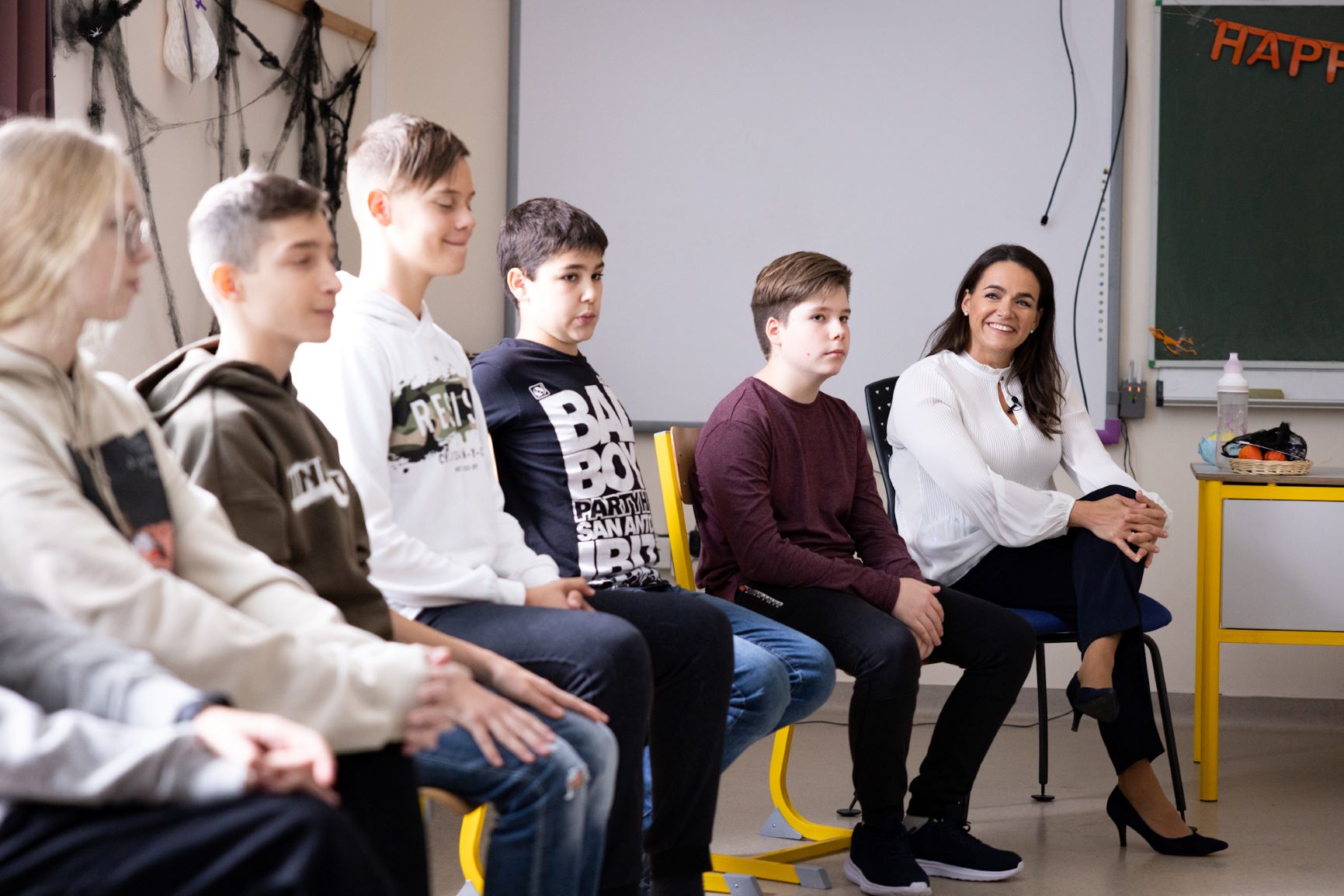 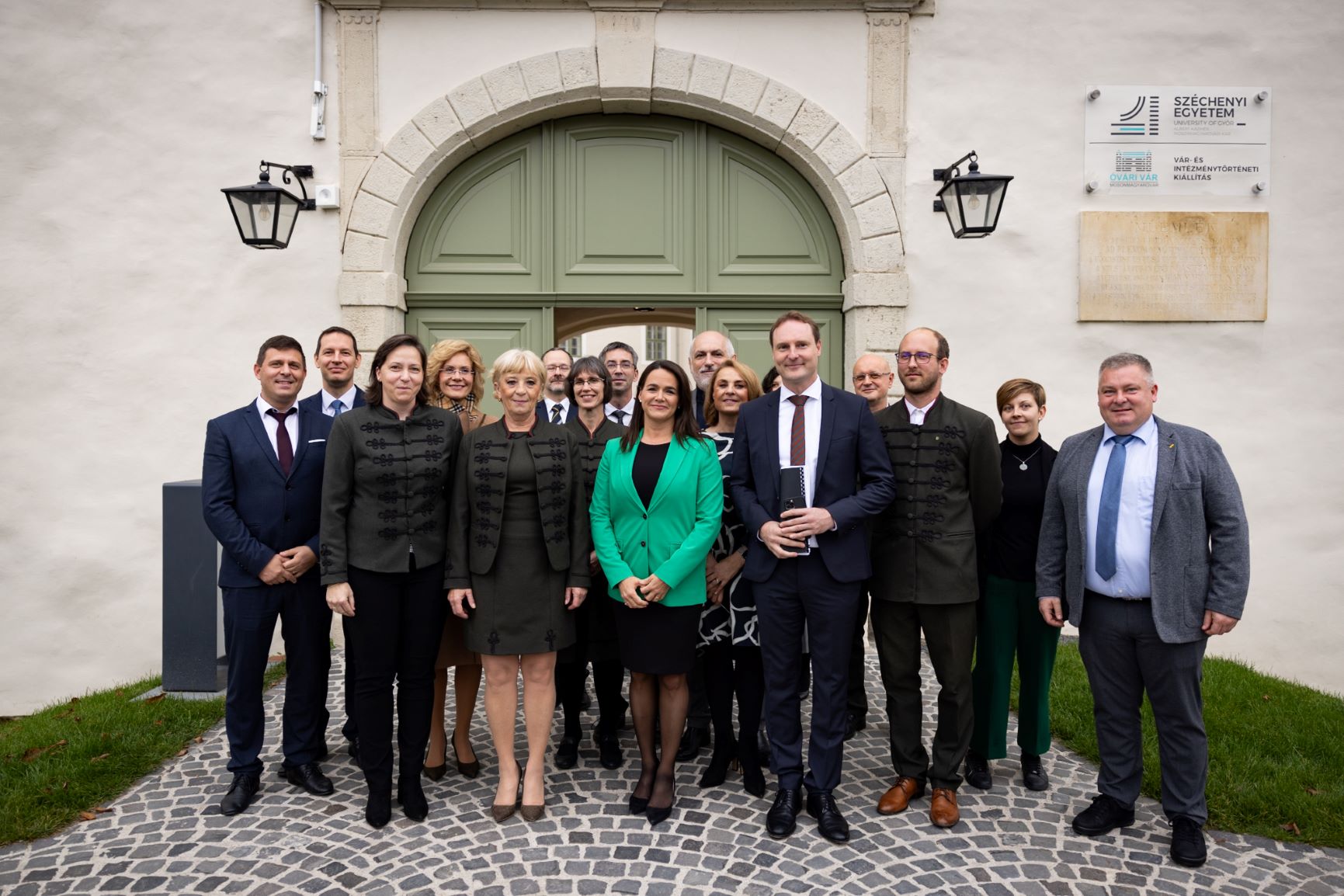 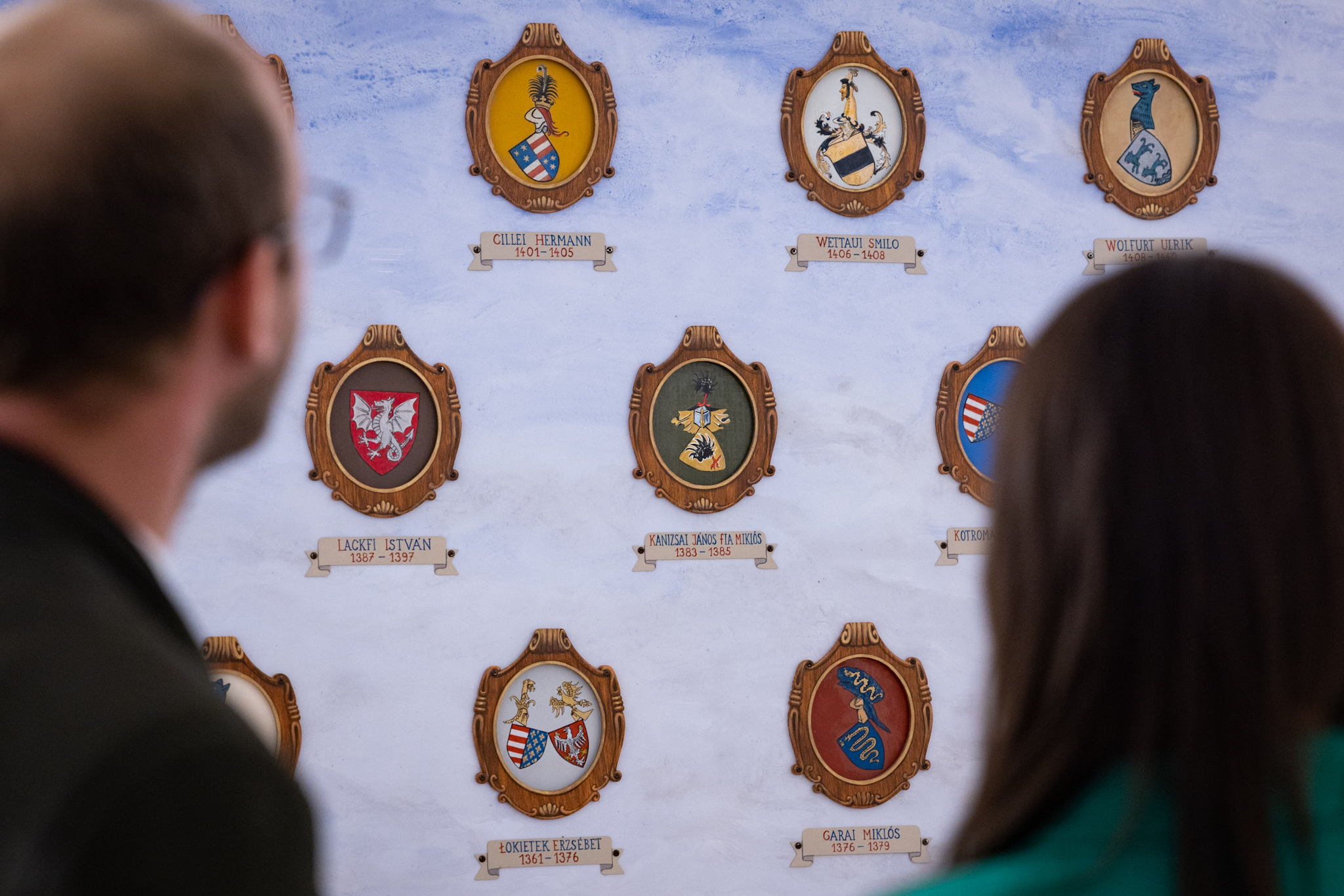 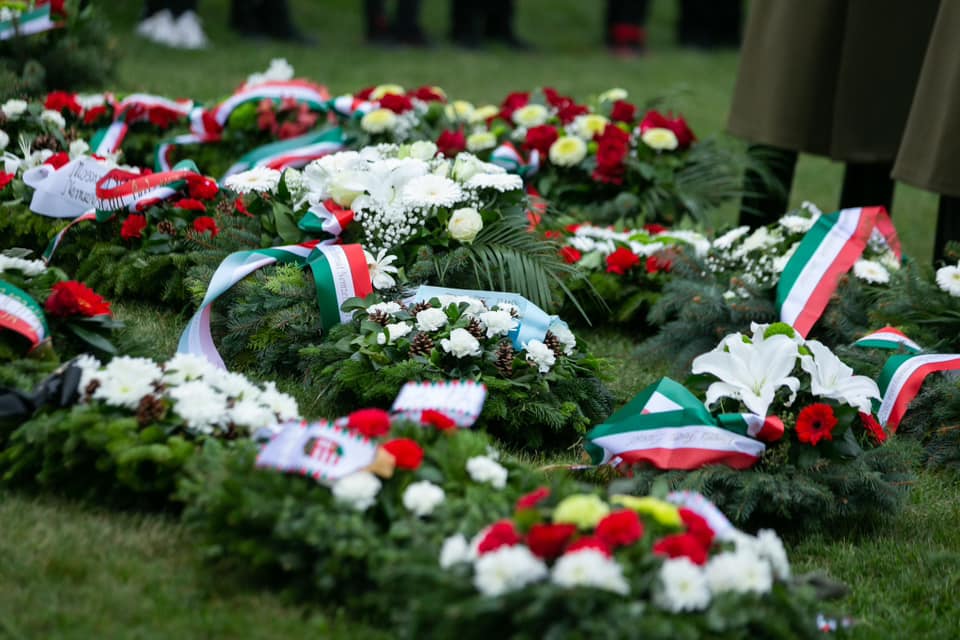 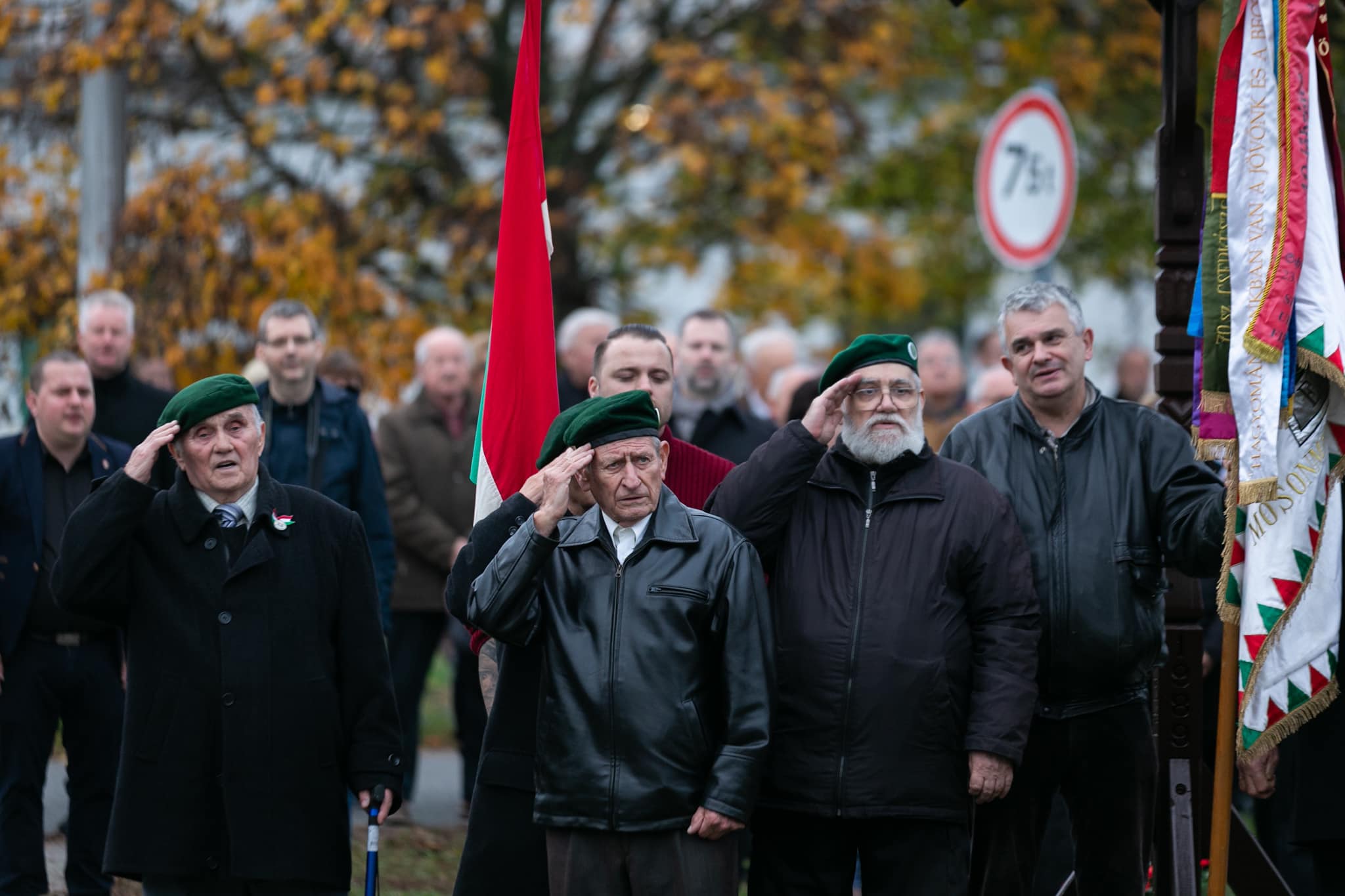 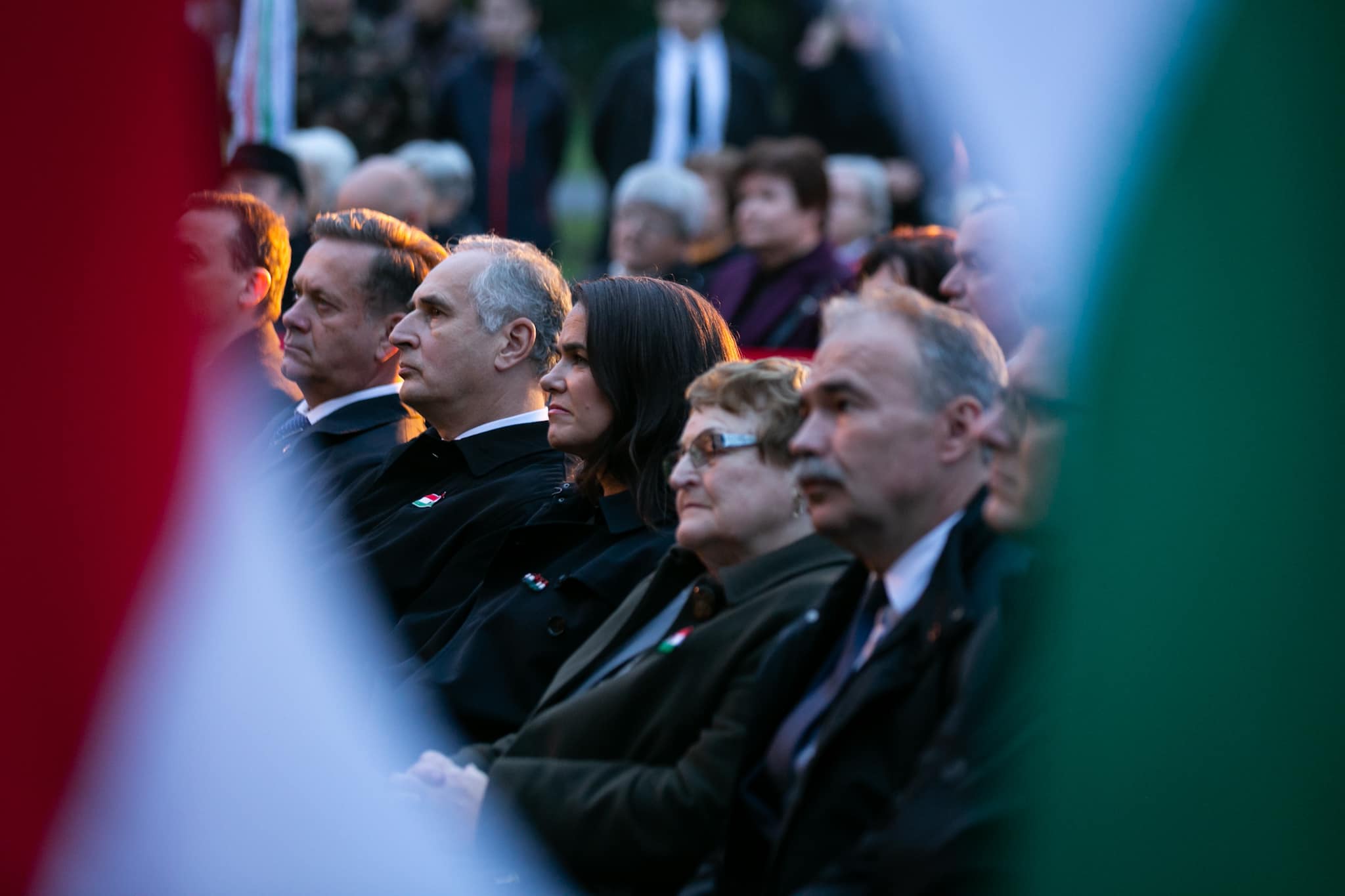 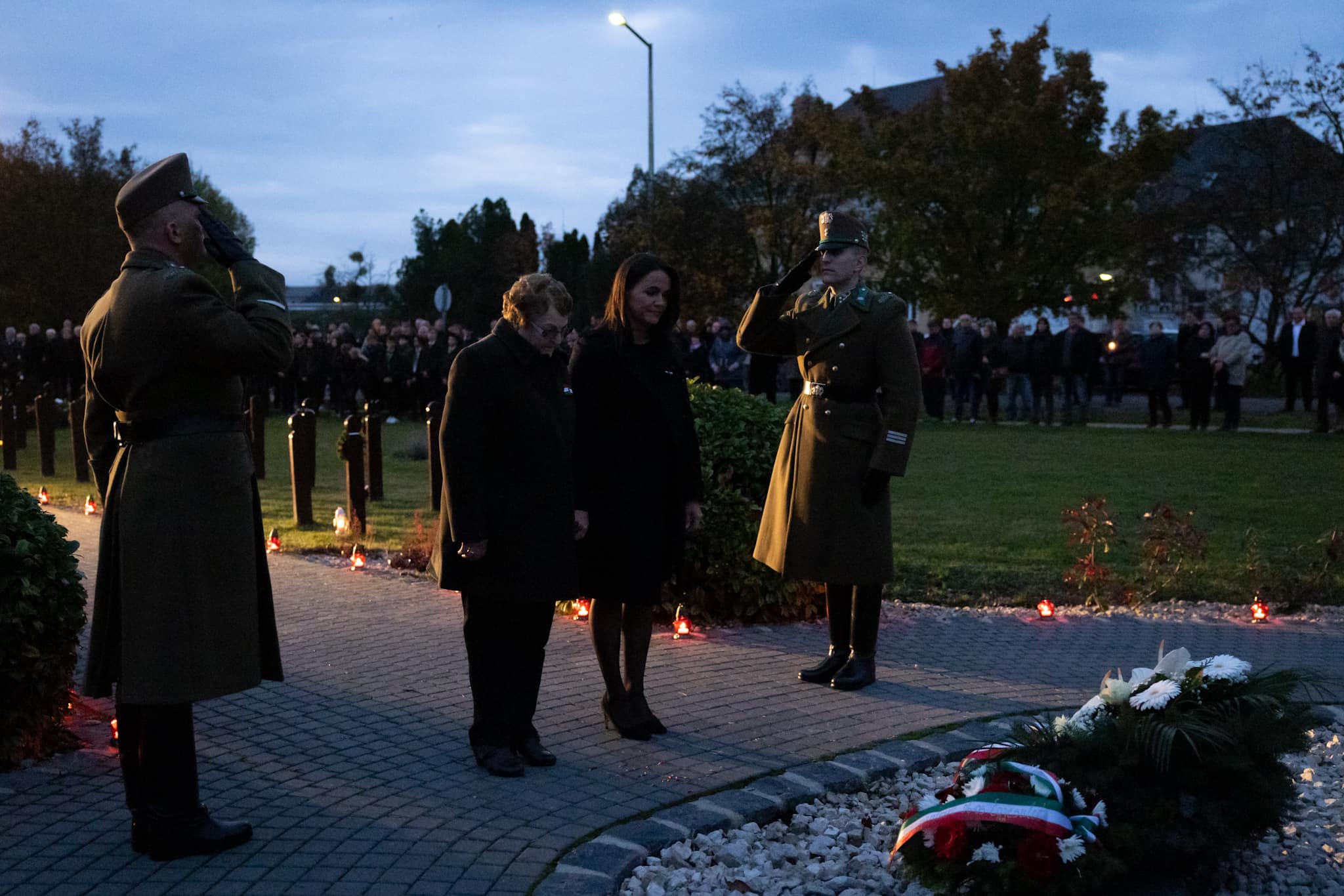 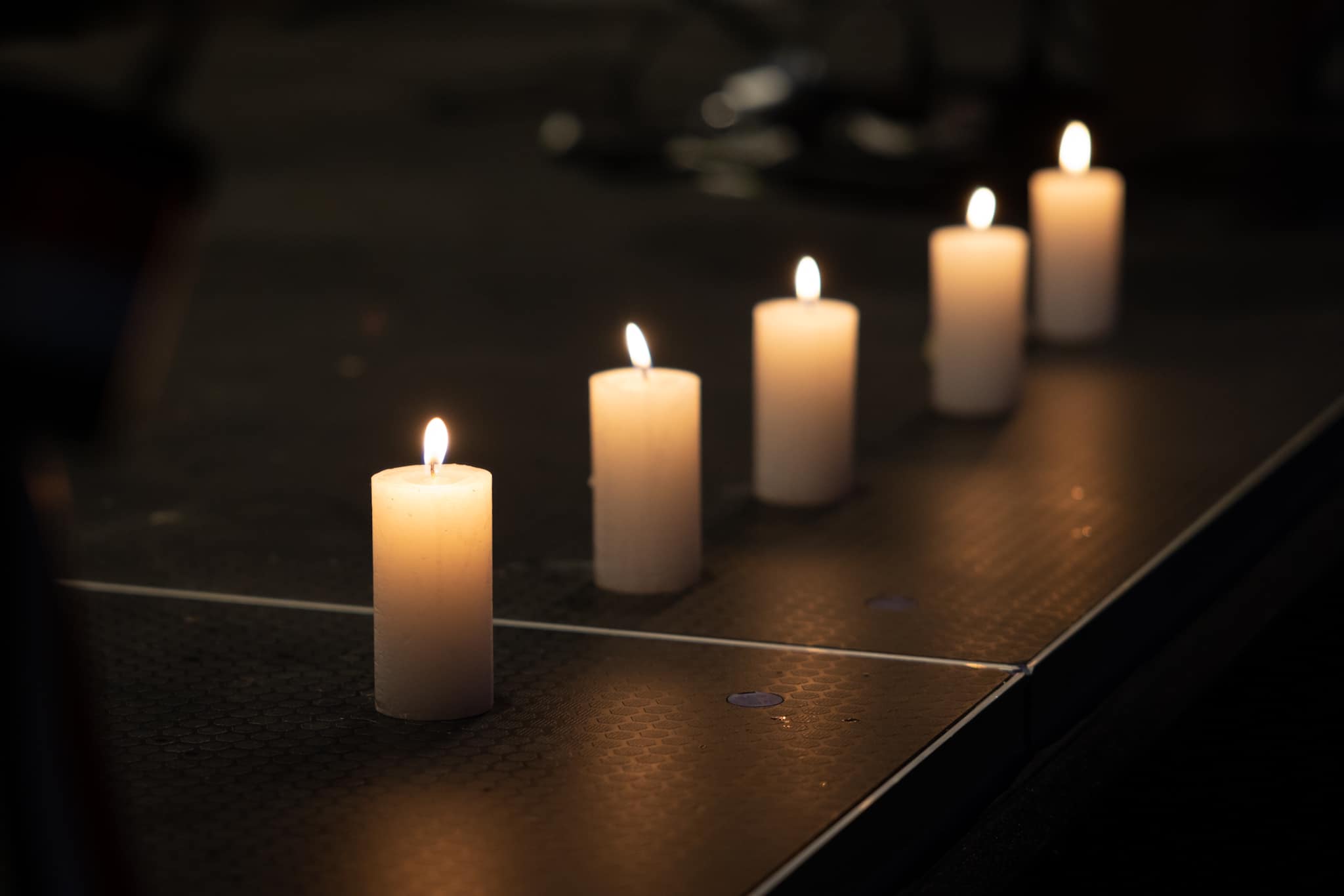 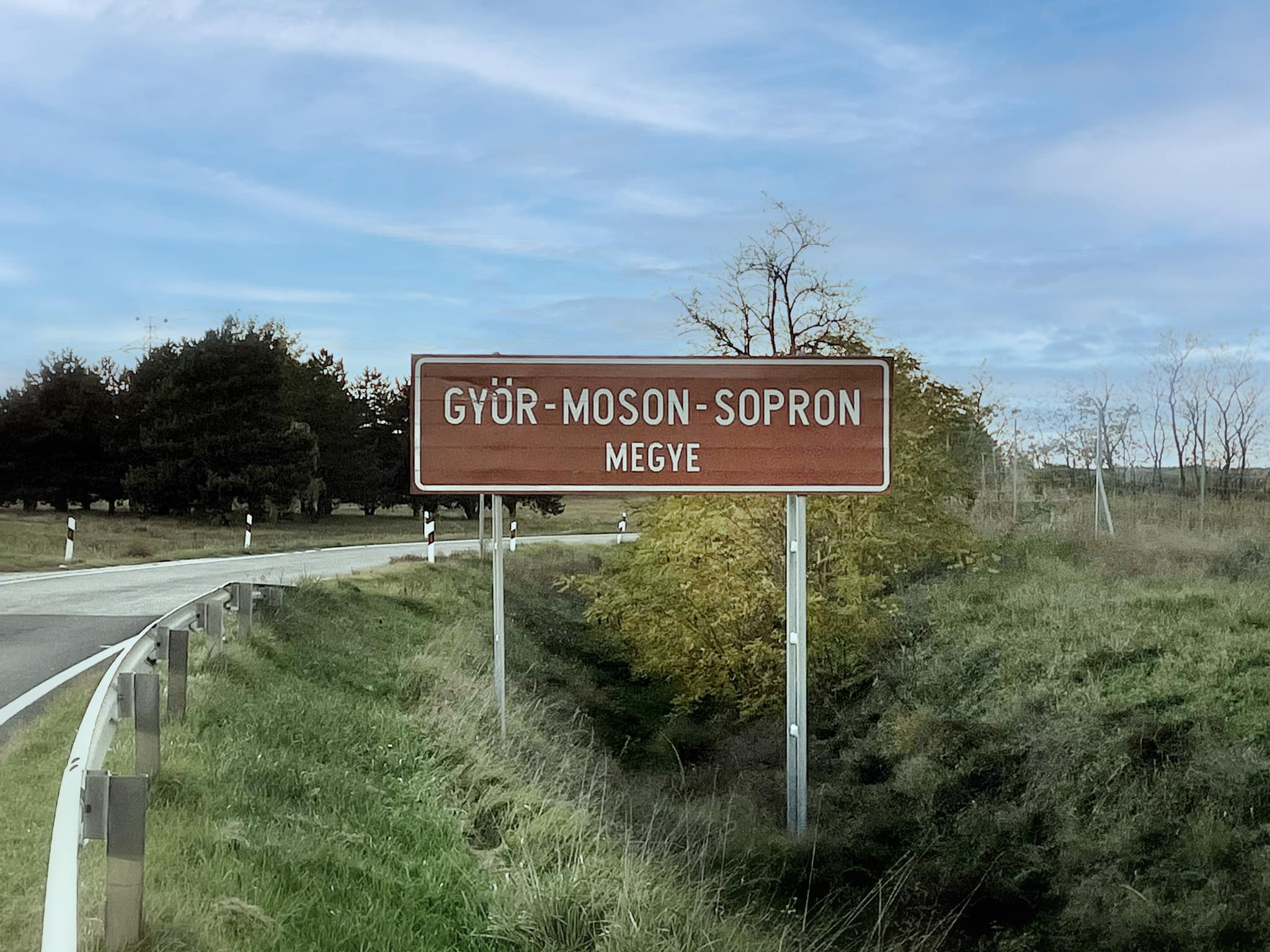 President of Hungary Katalin Novák, at the invitation of the people of Mosonmagyaróvár, visited Győr-Moson-Sopron County as her first destination among the counties of Hungary. Her visit included a commemorative event in memory of the victims of the '56 firing squad that she attended together with local residents, as well as meetings with people living and working in the county.

On the first stop of her visit to the county, in Győr, she met with Péter Horváth, President of the National Association of Pedagogues and Director of the Miklós Révai Secondary Grammar School in the city. The President said that they had agreed with the head of the teachers’ association that "a reassuring solution is needed as soon as possible for the financial security of teachers". Katalin Novák added that, as a mother of three and as President, she is convinced that "motivated, respected and high-performing teachers are needed for a secure future for our children".

In Győr-Moson-Sopron county, the head of state visited not only the county seat, but also Lipót and Mosonmagyaróvár. In Lipót, located in the Szigetköz region, she met with the mayor of the town, Péter Tóth, who is also the founder and owner of Lipót Bakery Ltd. Péter Tóth explained to Katalin Novák how he had set up the company and what improvements have been made in recent years. The Head of State also toured the plant where the bakery's products for the West Transdanubian region are made. According to the President, "Lipóti is a real success story and a true Hungarian brand", as it employs more than 1,000 people across the country.

After the visit, they walked through the town to the Hungarian-English Bilingual Benedictine Primary School. Along the way, Katalin Novák met with local people. At the school, she was greeted by Provost Tamás Kelemen Sárai-Szabó, a Benedictine monk, and during the school recess Katalin Novák briefly played and talked with the children in the schoolyard. As part of a lesson, the school's seventh-grade students had a casual chat with the Head of State in English.

In Mosonmagyaróvár, Katalin Novák visited the Albert Kázmér Faculty of the Széchenyi István University, where she learned about the history of higher education in Mosonmagyaróvár.

The Head of State attended the reverential event in memory of the victims of the 1956 Mosonmagyaróvár massacre. On 26 October 1956, more than 80 people were killed in an attack by a firing squad directed at peaceful demonstrators supporting the revolution in front of the city's border guard post.

Together with Mrs. József Gábor, an eyewitness and survivor of the massacre, the president of Hungary laid a wreath at the Golgotha monument. During the silent commemoration, Katalin Novák lit a candle together with the participants in memory of the victims.

At the end of the visit, Katalin Novák met with the county's ecclesiastical, higher education, cultural, health and political leaders.