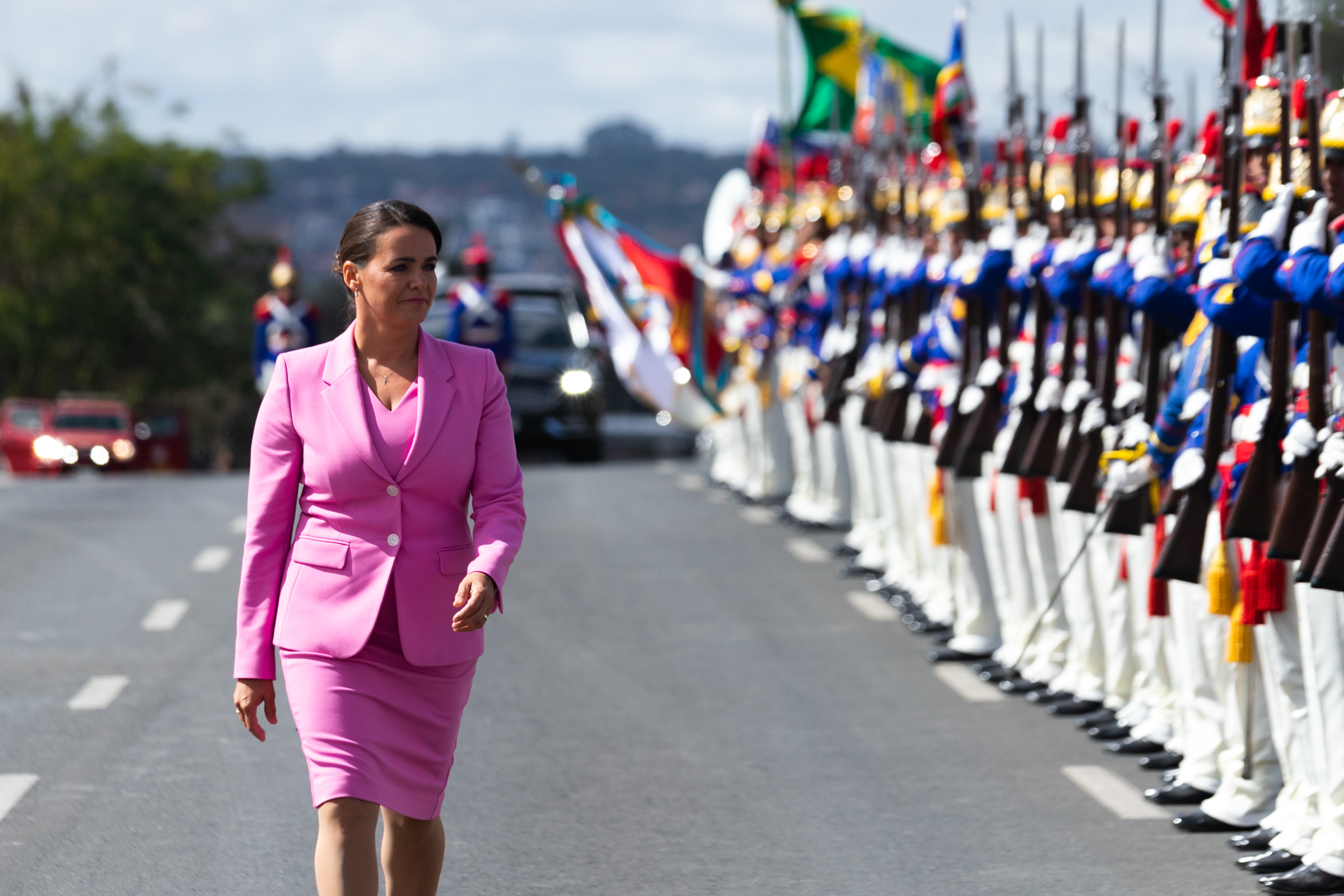 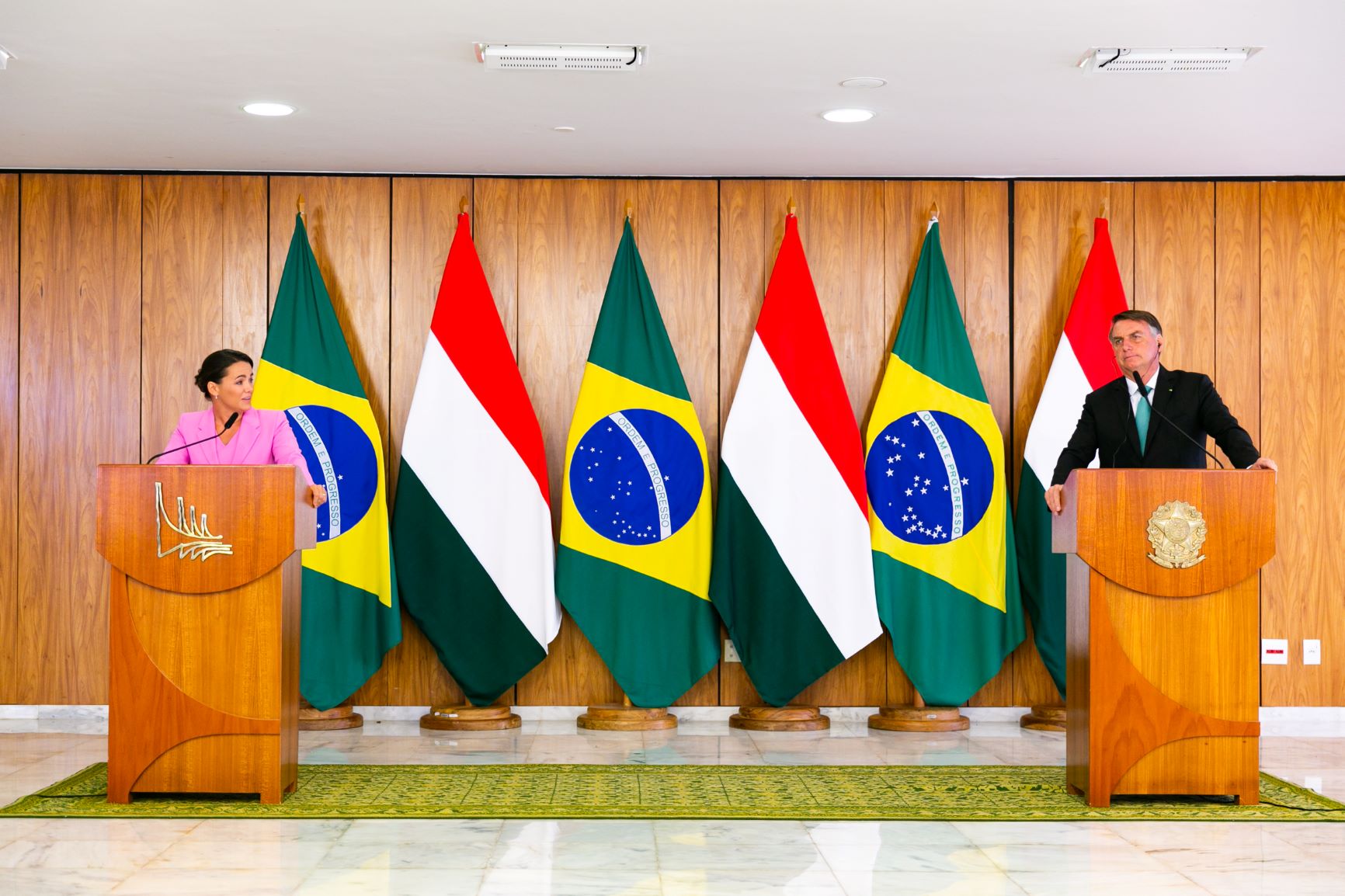 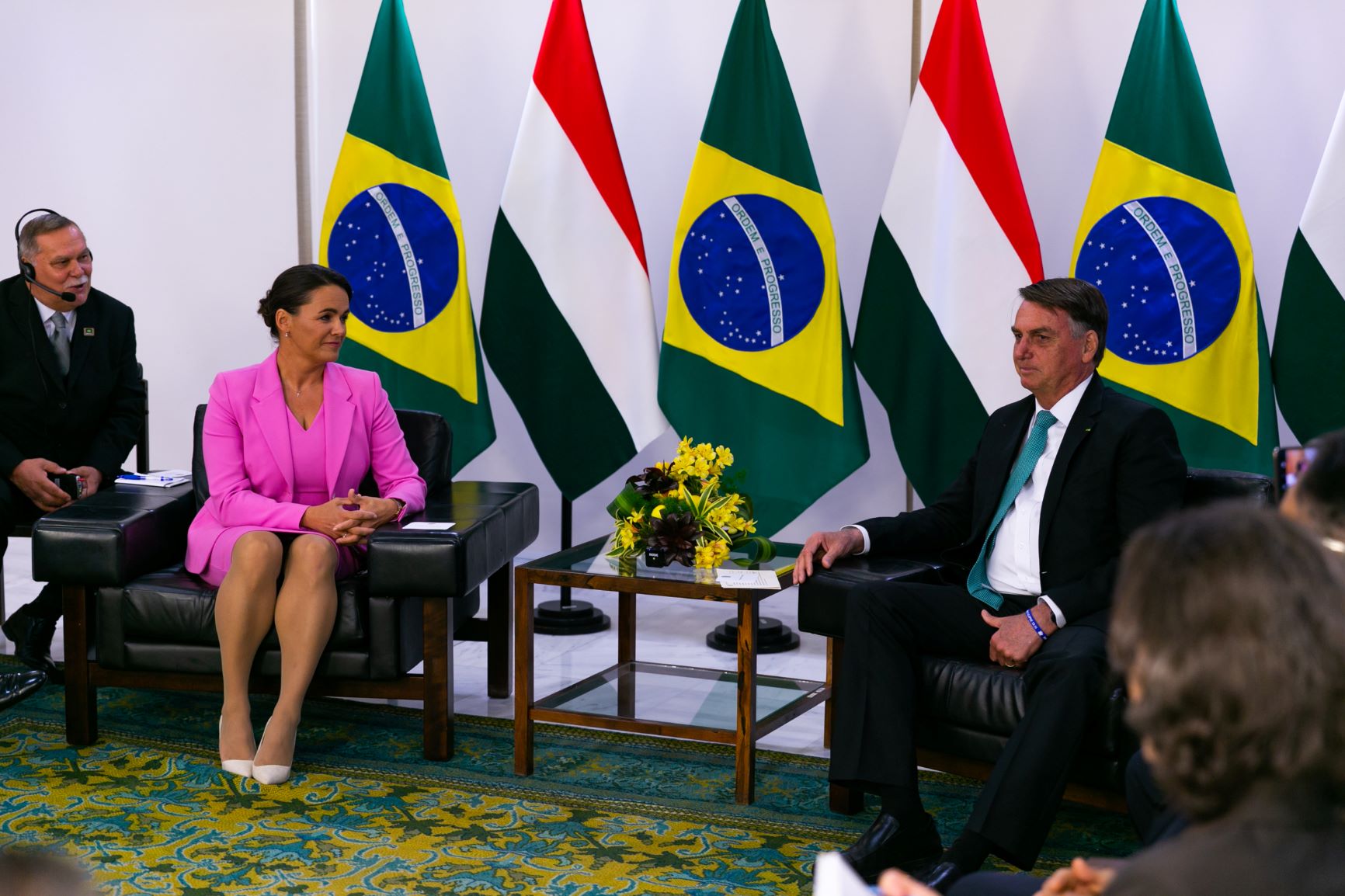 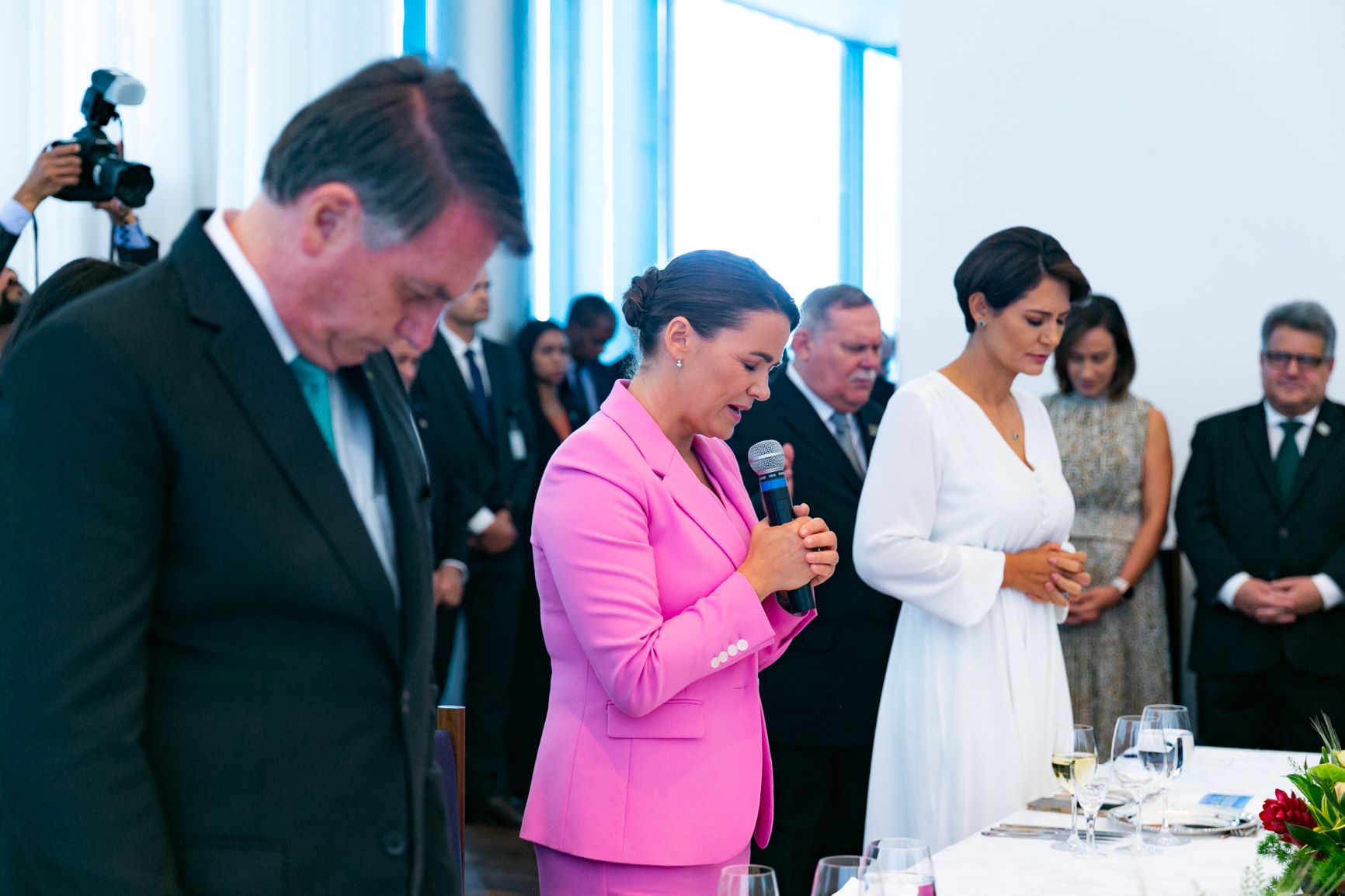 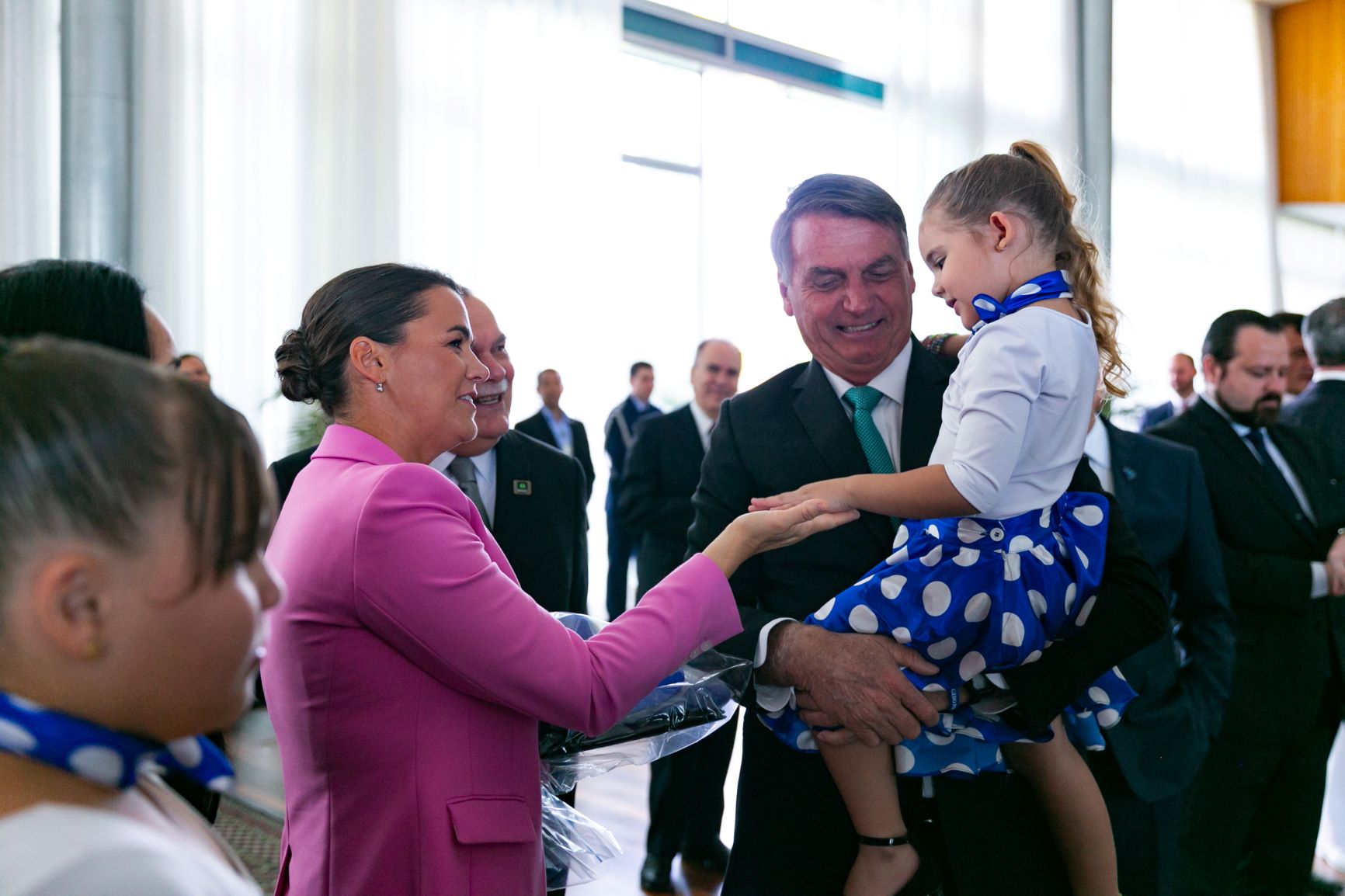 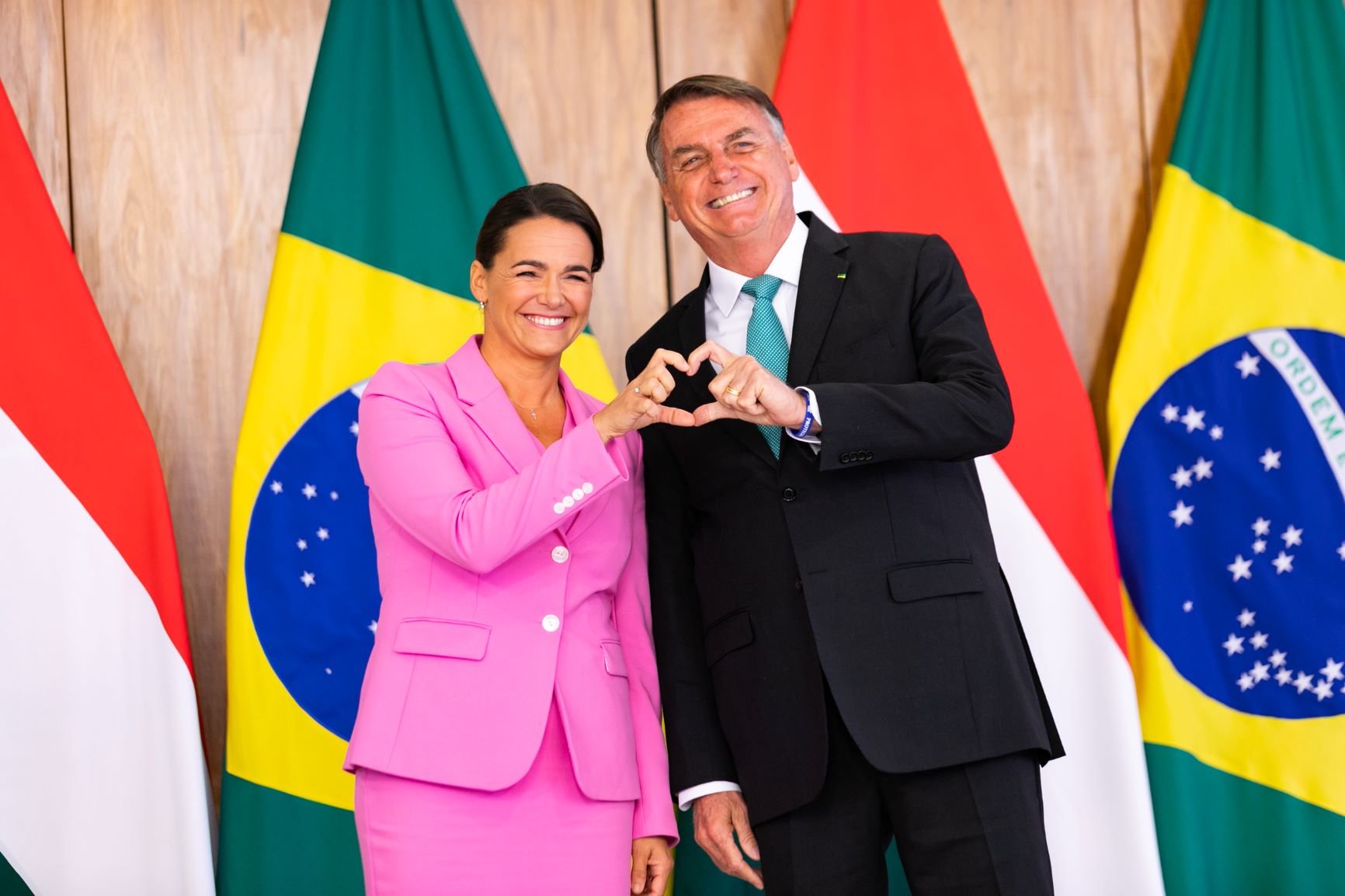 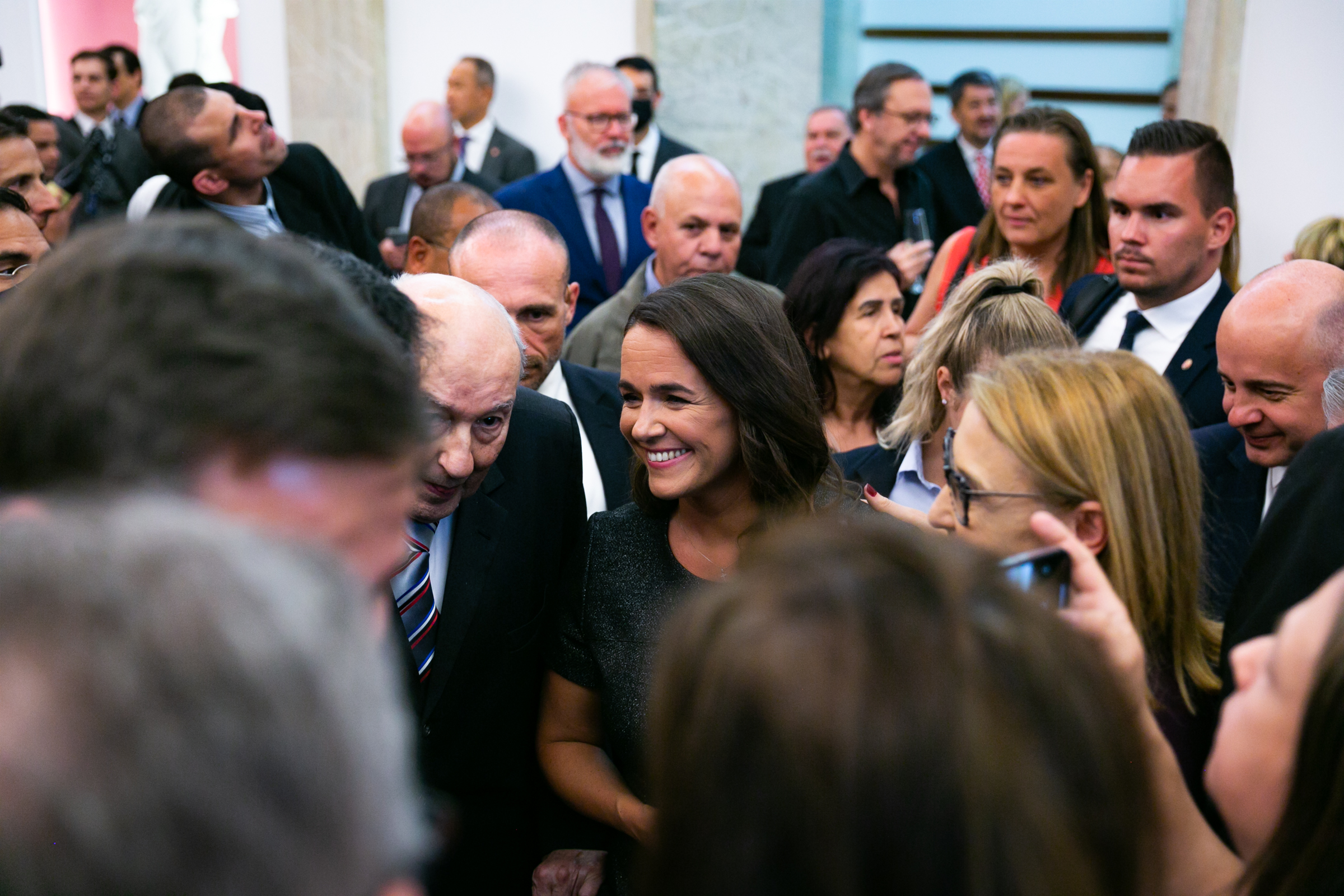 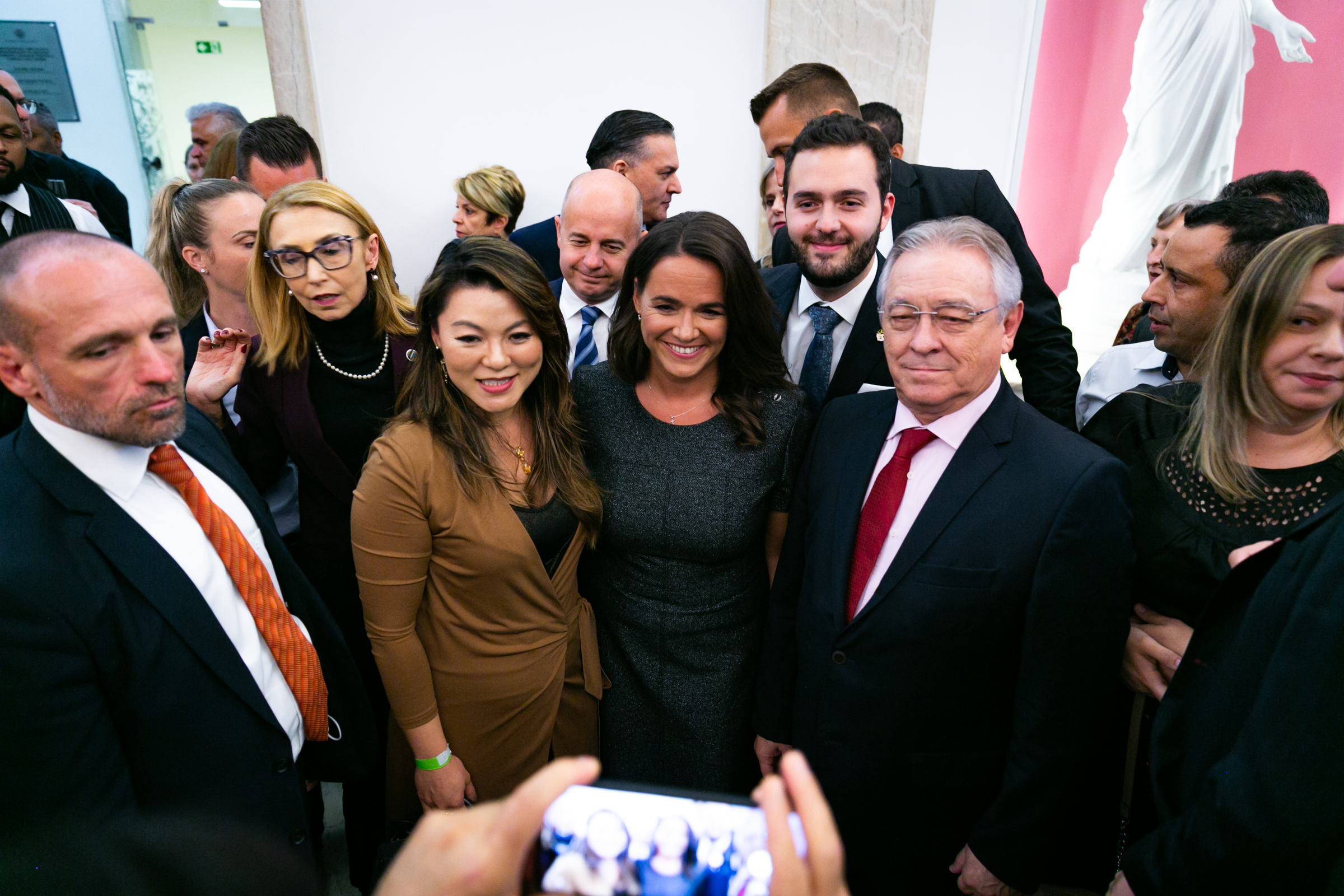 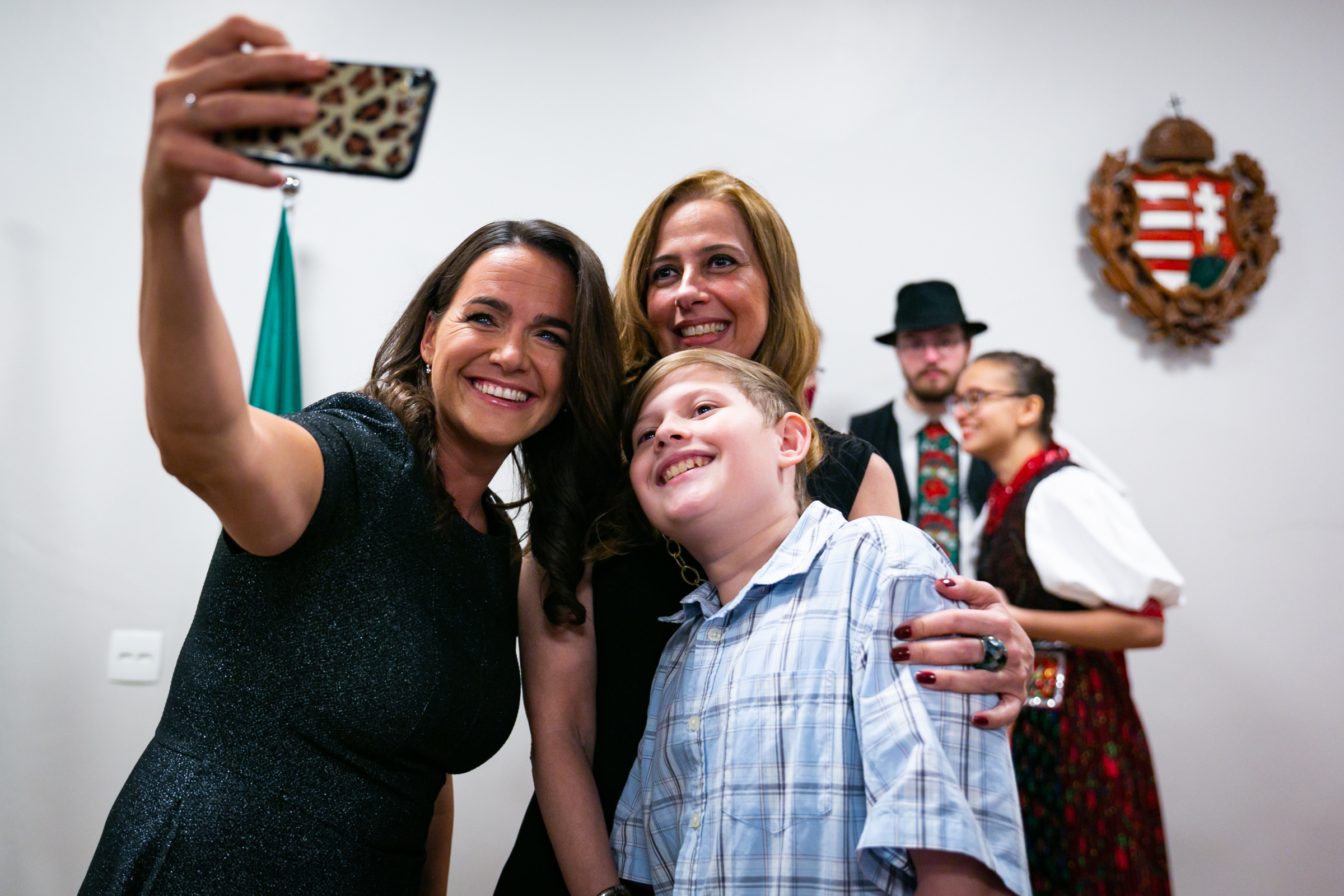 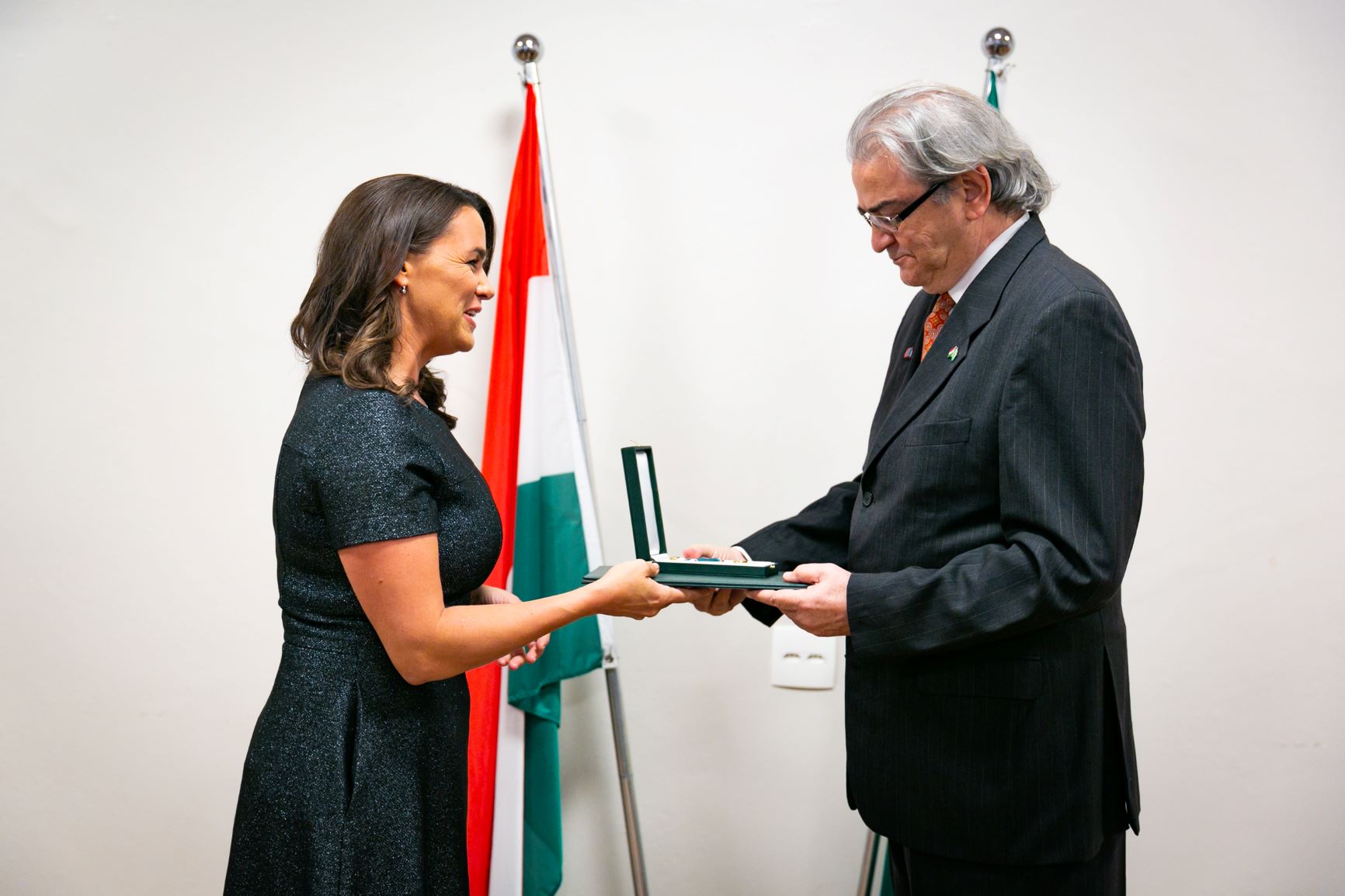 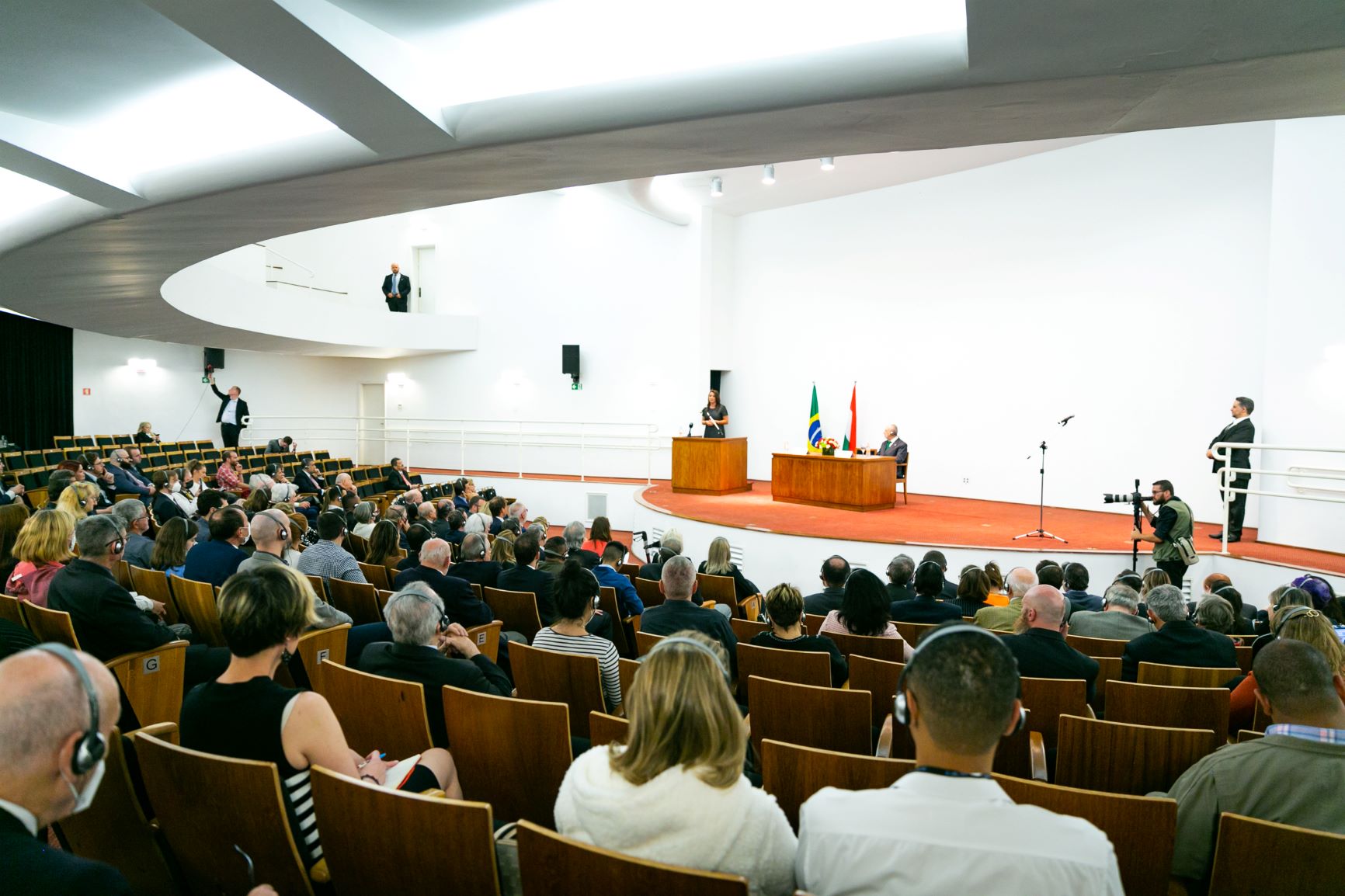 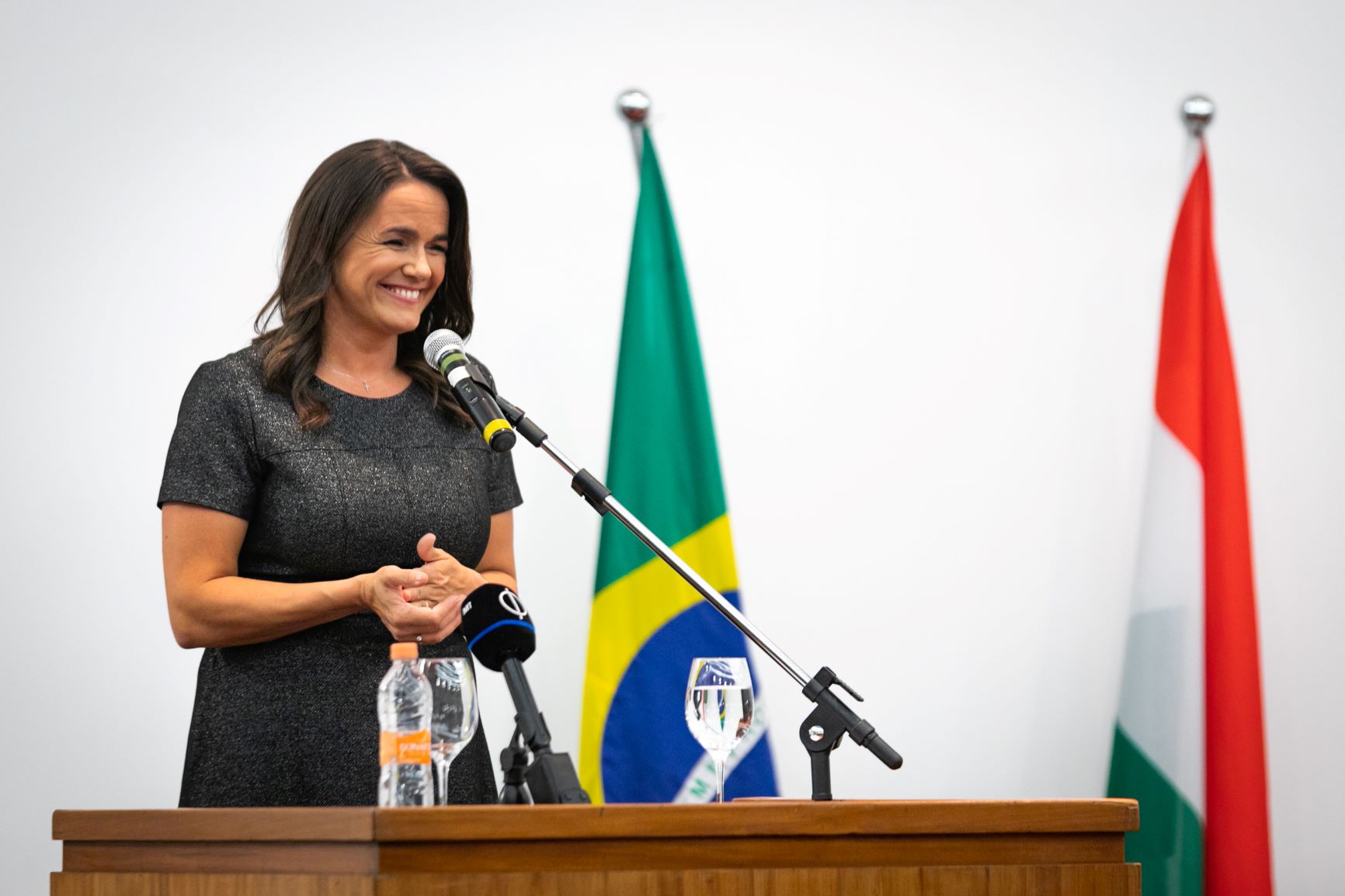 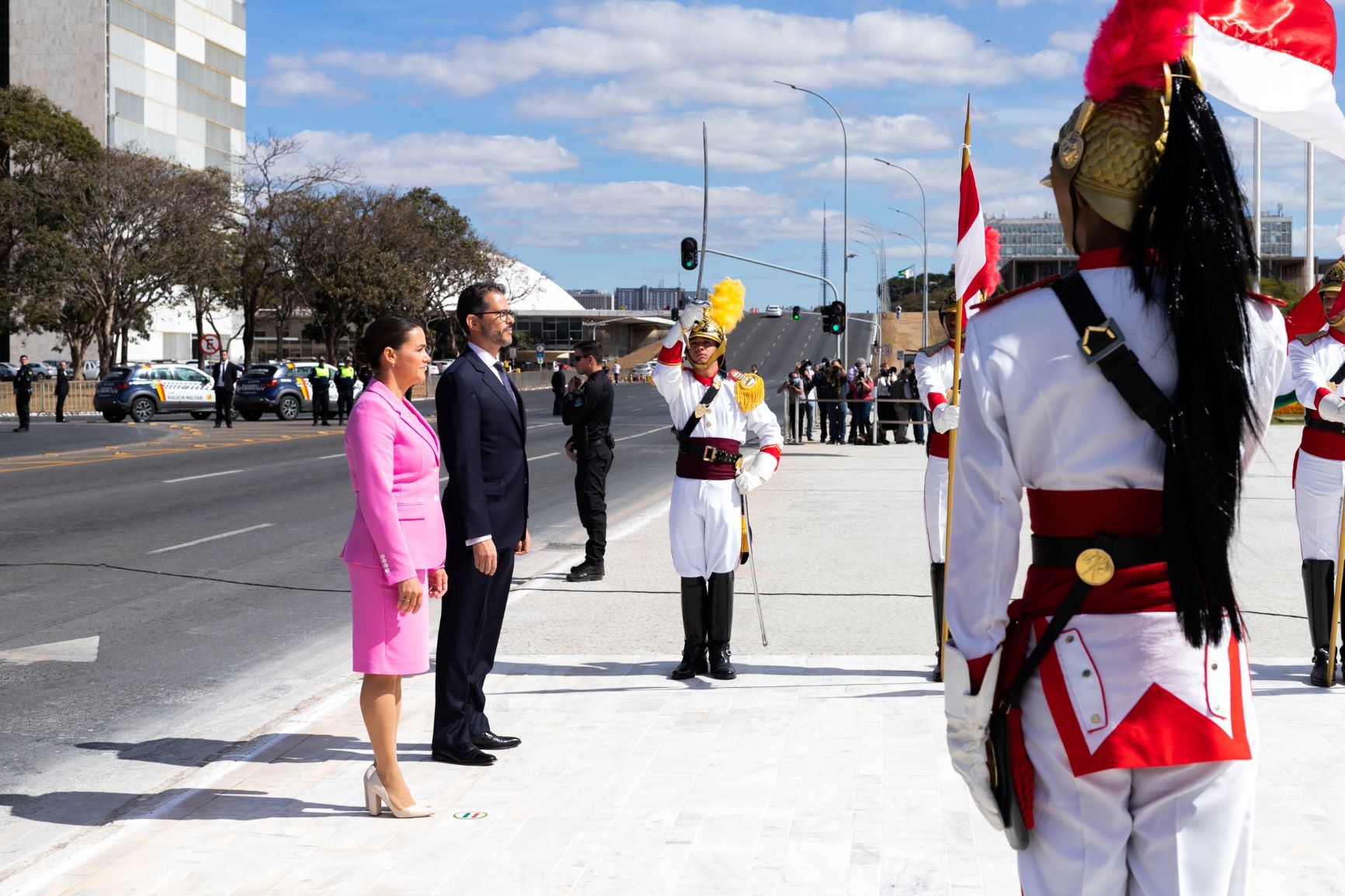 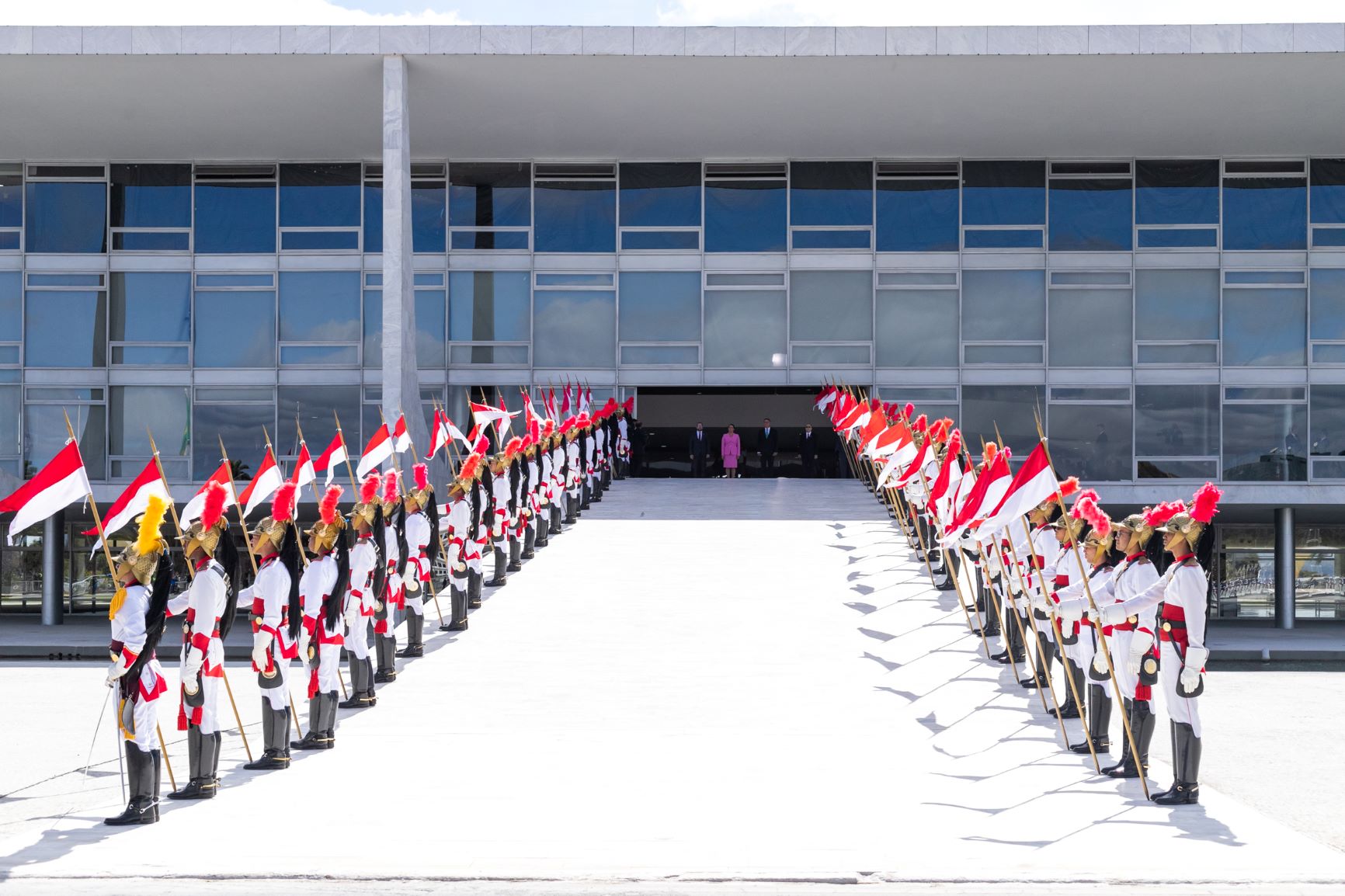 After Europe, Katalin Novák continued to strengthen Hungary's international relations in Latin America. The President of Hungary travelled to Brazil at the invitation of President Jair Bolsonaro.
Her hosts have been following how Hungary helps families for many years. "They are interested in how we have managed to put childbearing, childrearing and work at the centre," said Katalin Novák. Brazil is one of the largest countries in the world. Its economic strength is demonstrated by its membership of the G20, while it also forms the BRICS with China, Russia, India and South Africa, representing almost half the world's population.

The Hungarian President, who visited Brazil to meet President Jair Bolsonaro, was received at the airport of Brasilia City by a military salute. In a press statement following their meeting with the Brazilian President, both heads of state stressed that they are ambassadors for peace.
"Brazil is a peace-loving country, where there has been no war for the last hundred years, and everyone wants to keep it that way in the future, too." - said Katalin Novák.

Jair Bolsonaro stressed that his main goal is to defend family values, freedom of the press and democracy. The Brazilian President said that he and Katalin Novák also discussed trade issues, future cooperation and economic relations. President Bolsonaro stressed that "100,000 Hungarians live among us and we are a country where we all live in peace. At the moment there is a conflict in Hungary's neighbourhood. I had a serious conversation with President Putin before the war. The truth often hurts, but there is no other way but peaceful coexistence."

The Brazilian President said that he was honoured by the visit of Katalin Novák. He stressed that Hungary and Brazil are united by the defence of the homeland, family and freedom. At the end of the meeting, the two leaders prayed together for an end to the war in Ukraine as soon as possible.

Katalin Novák cited several examples of the contributions to making everyone more proud of their Hungarian identity over the past decade. One of them is the creation of the possibility of dual citizenship, of Hungarian citizenship, of simplified naturalisation. "So far, more than 1.1 million people have taken advantage of the opportunity to acquire Hungarian citizenship, so we have had the pleasure of welcoming more than 1.1 million Hungarians in the past decade," she stressed. Secondly, she mentioned the so-called "Köldökzsinór" (umbilical cord) programme, thanks to which every Hungarian child born outside Hungary now receives a one-off maternity allowance and a baby bond. Thirdly, she spoke about scholarships, which offer students the opportunity to live their Hungarian identity and learn the Hungarian language.

In her speech at the Academia Paulista de Letras, the President of the Republic detailed the results and objectives of Hungarian family policy. "The aim of Hungarian family policy is to restore societal appreciation for having children," said Katalin Novák. She stressed that in order to help families have all the children parents originally wanted, measures had to be taken. Katalin Novák said that "societal appreciation for having children had to be restored, and it had to be ensured that those who decided not to have children should not be the financially better-off". Hungary is helping to achieve this, for example, by offering tax benefits, reducing loans, providing support for home ownership and building a network of crèches.