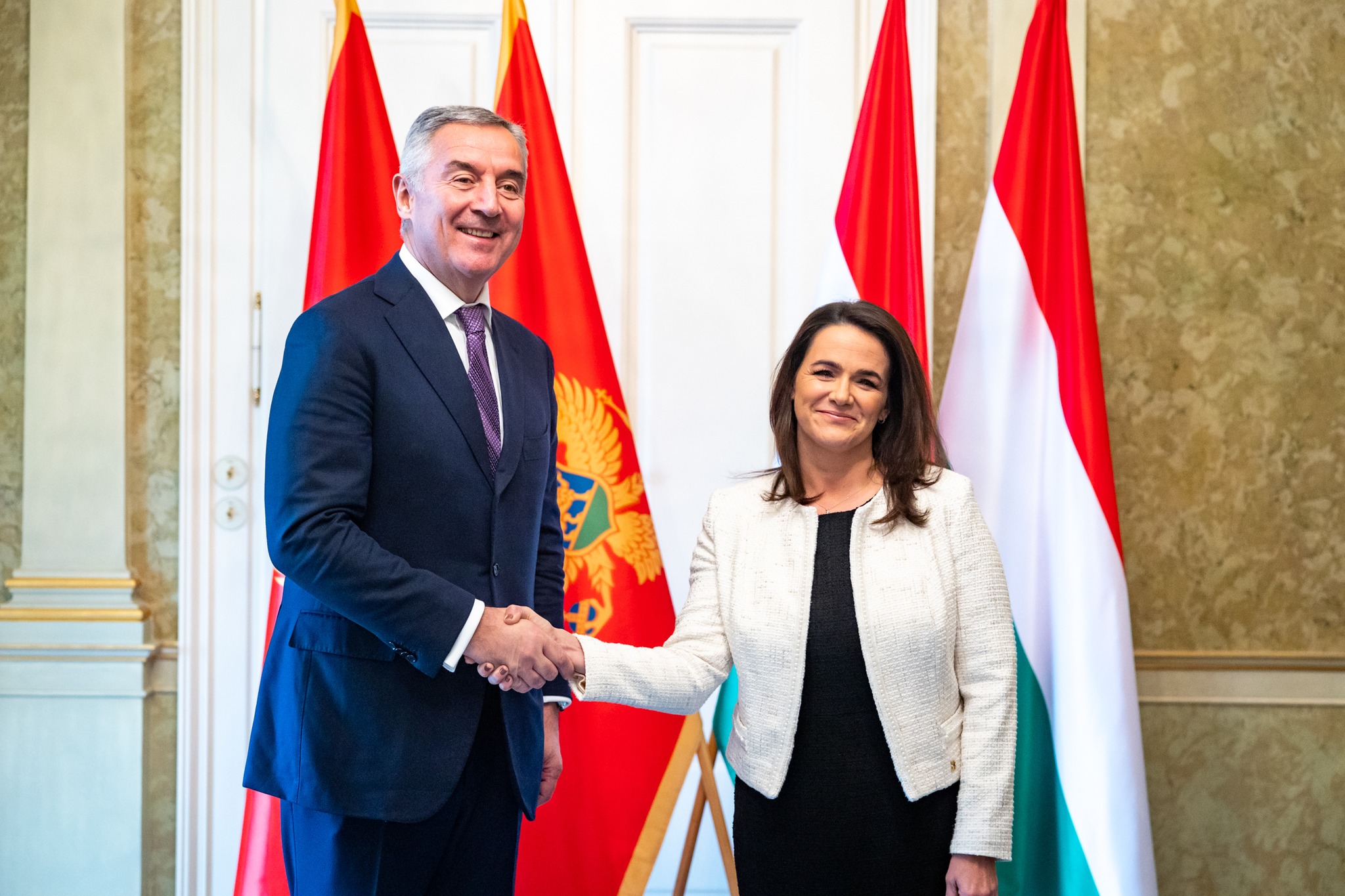 In the course of their meeting, the two heads of state discussed the cooperation between Hungary and Montenegro and the challenges of the past period: the war in Ukraine, the situation in Kosovo and Bosnia and Herzegovina, and the EU integration of the Western Balkans.

According to the Hungarian position, the challenges of the recent period show even more clearly that the problems facing Europe can only be addressed with the accession and rapid integration of the Western Balkan countries, and that the stability of the Western Balkan region is an important condition for Europe's security. Katalin Novák assured the President of Montenegro that Hungary will continue to remain a committed supporter of the fastest possible EU integration of Montenegro and the region.

President of Montenegro Milo Đukanović commended the Hungarian family policy measures, the cooperation between the two countries in the fields of the economy, tourism, education and science and Hungary’s commitment to the integration of the countries in the Western Balkans.

The meeting also discussed the increasing migratory pressure on the Southern route, and the two presidents agreed that illegal migration must be stopped. Katalin Novák pointed out that since 2015, Hungary has made great efforts to protect the borders of the European Union against illegal migration.