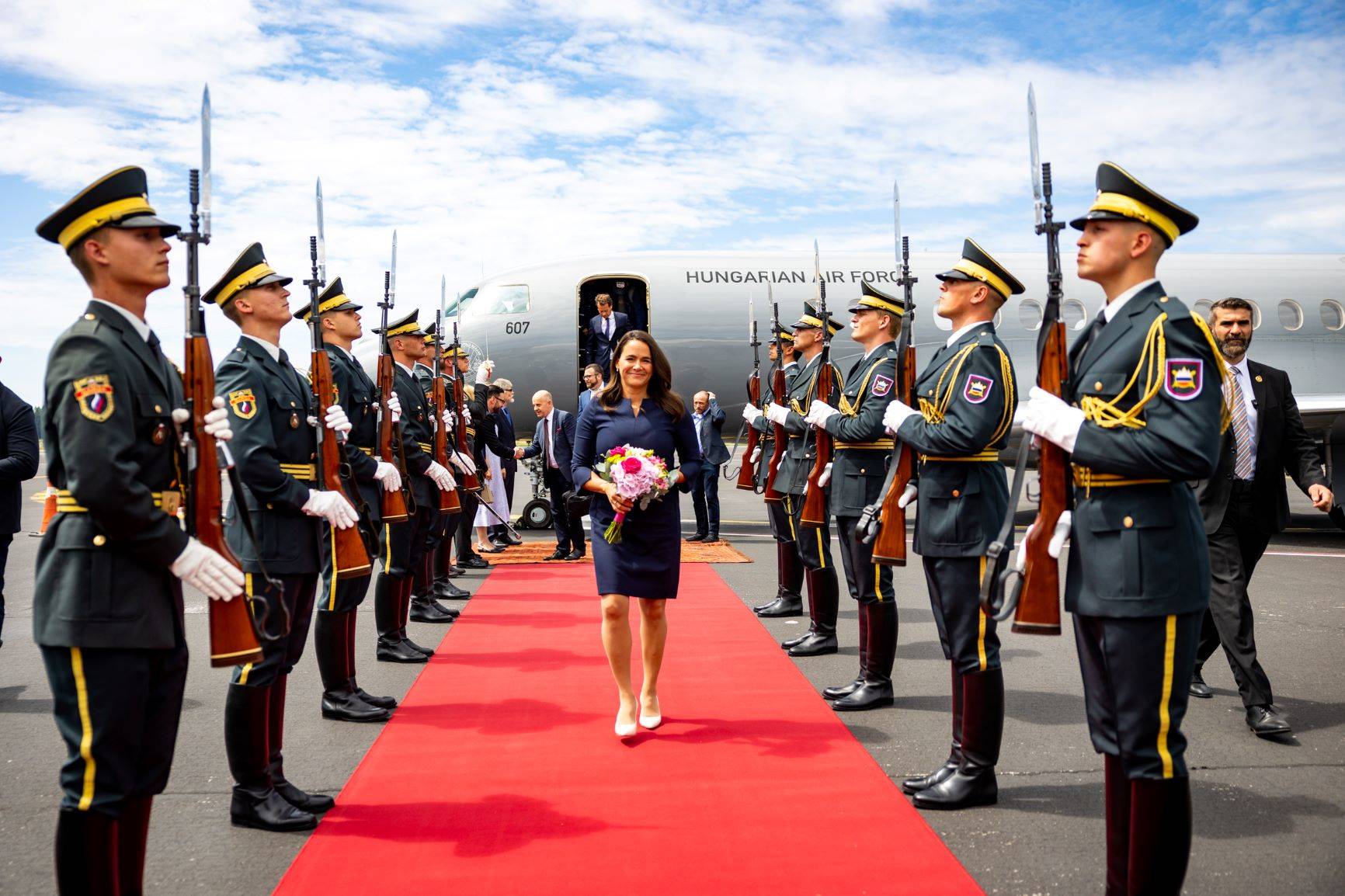 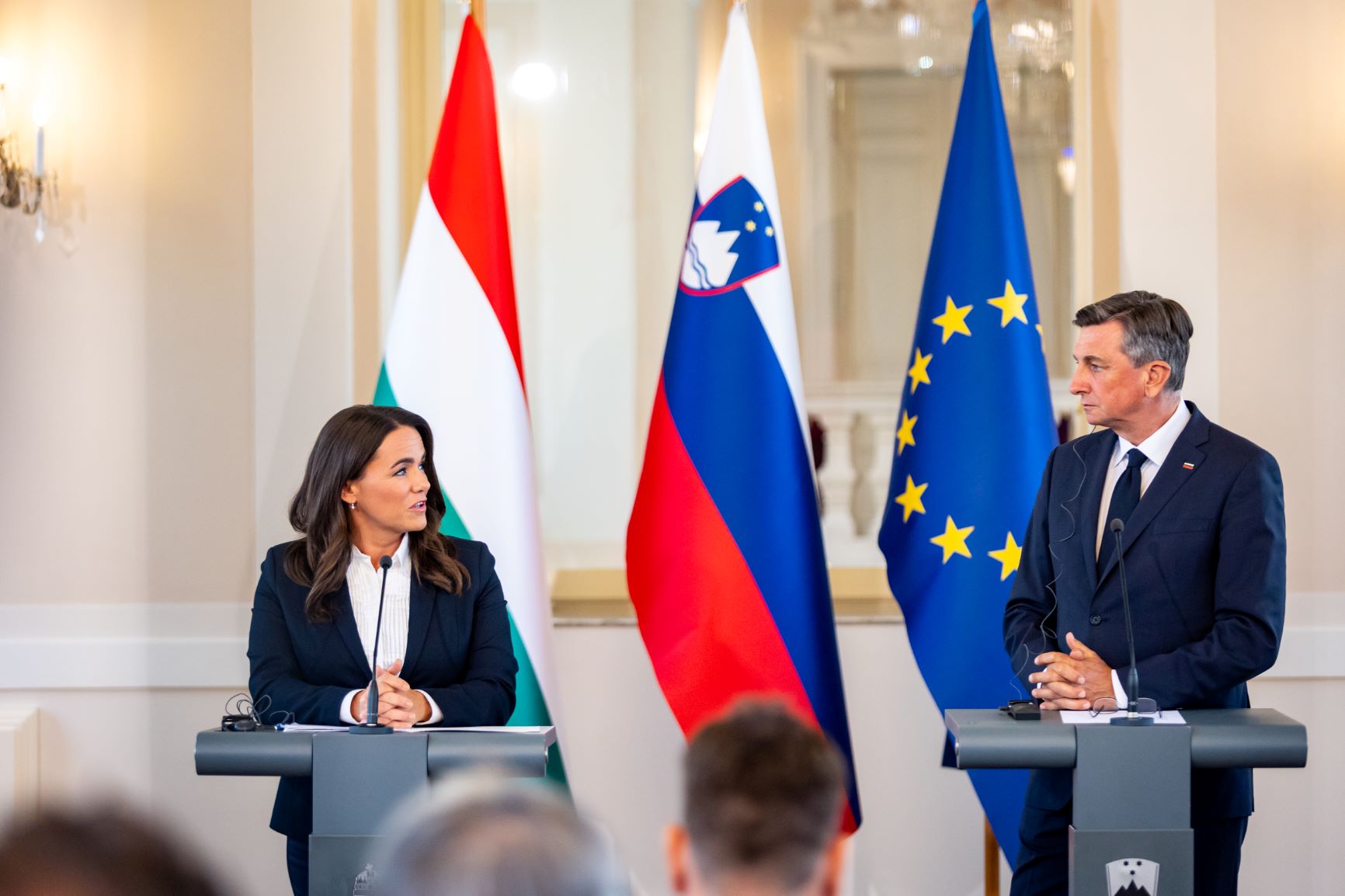 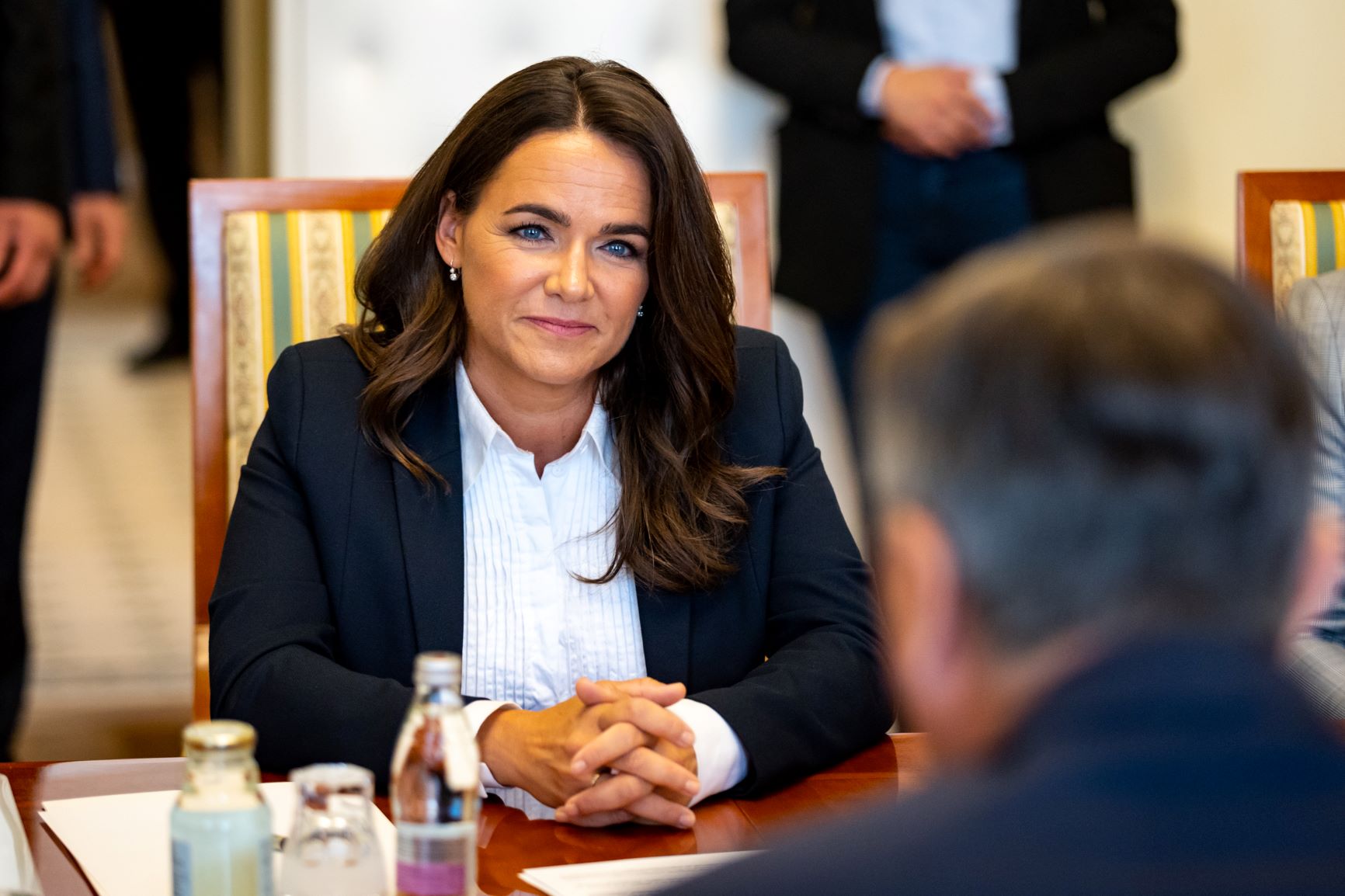 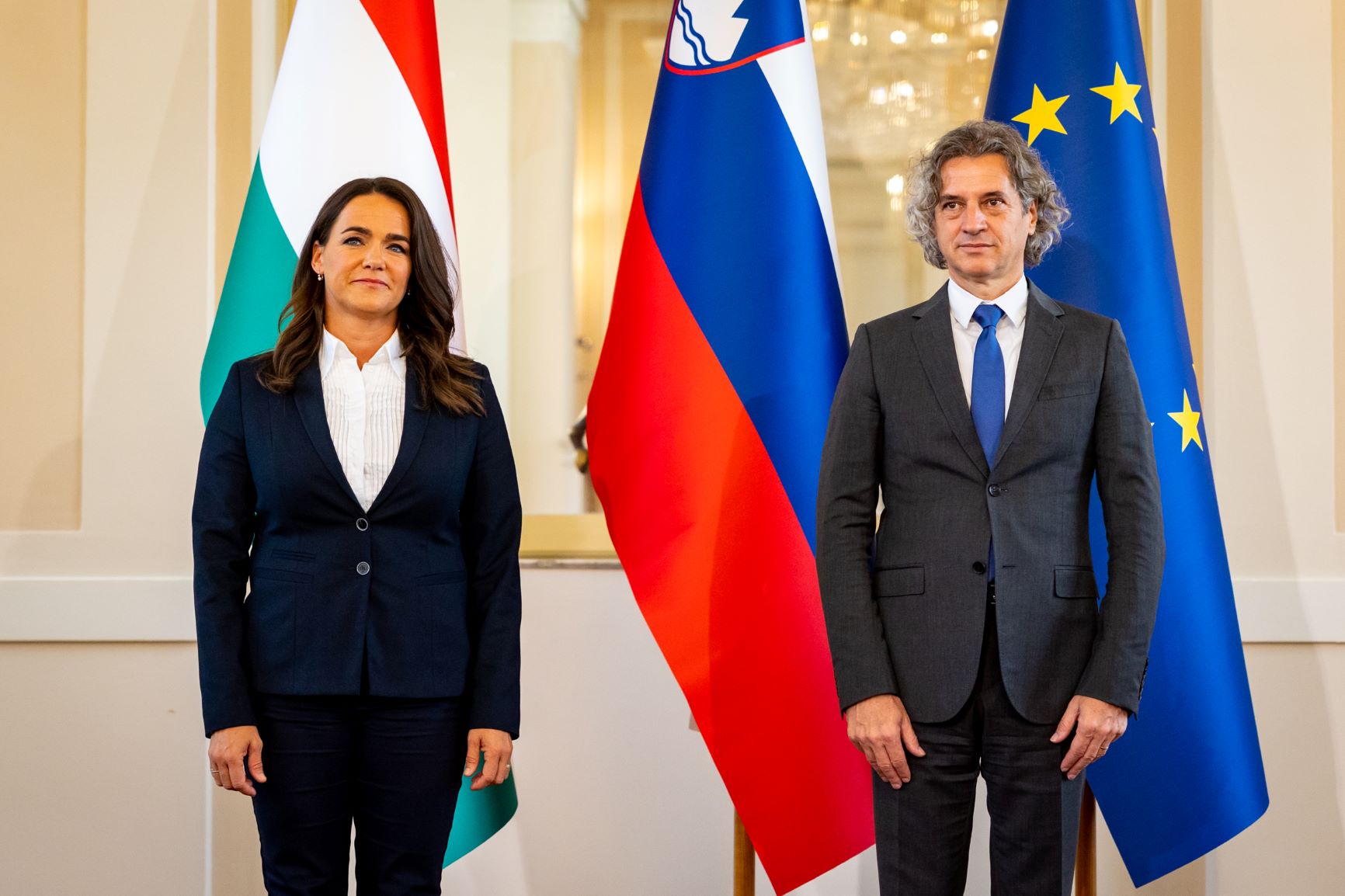 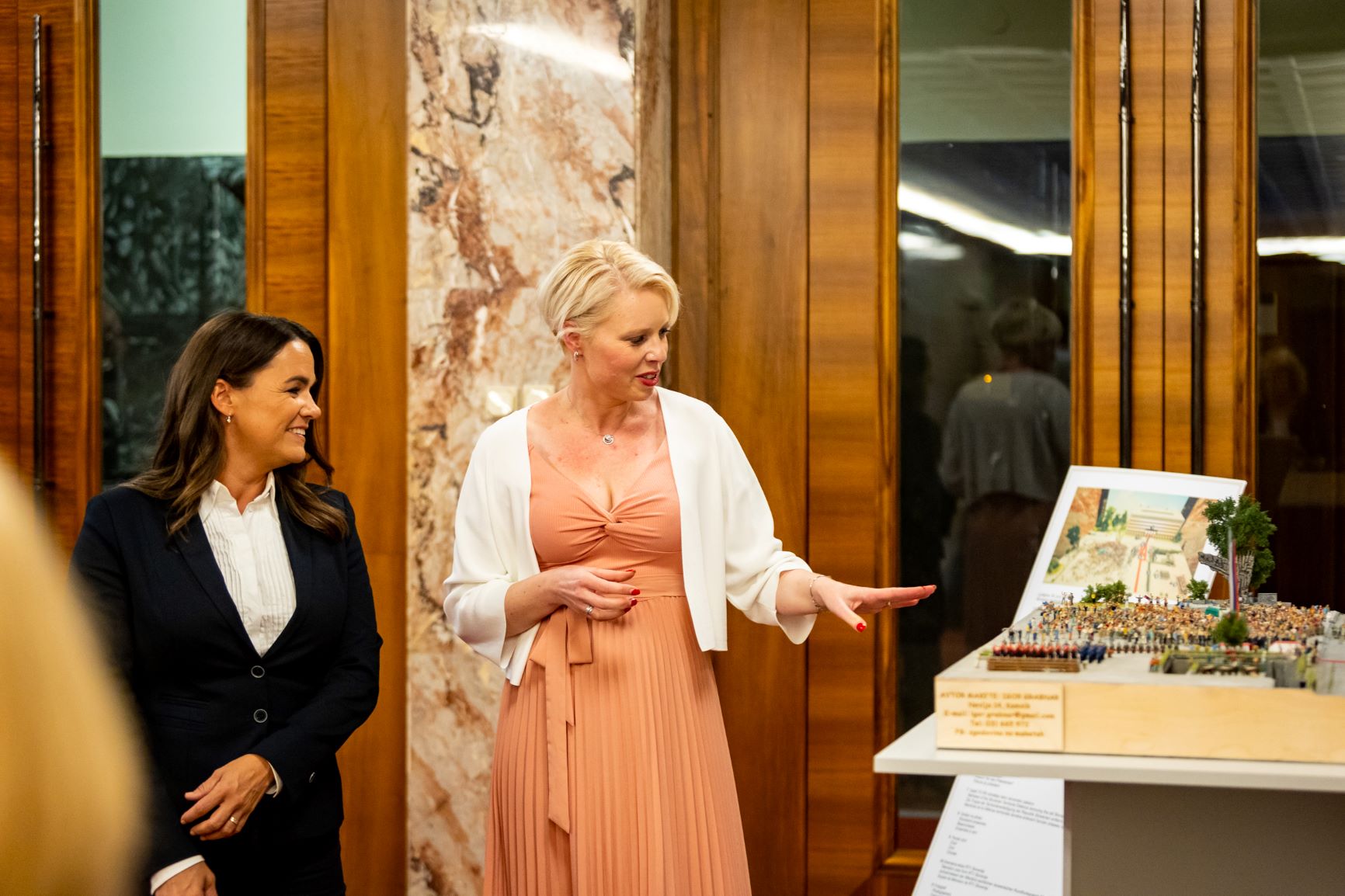 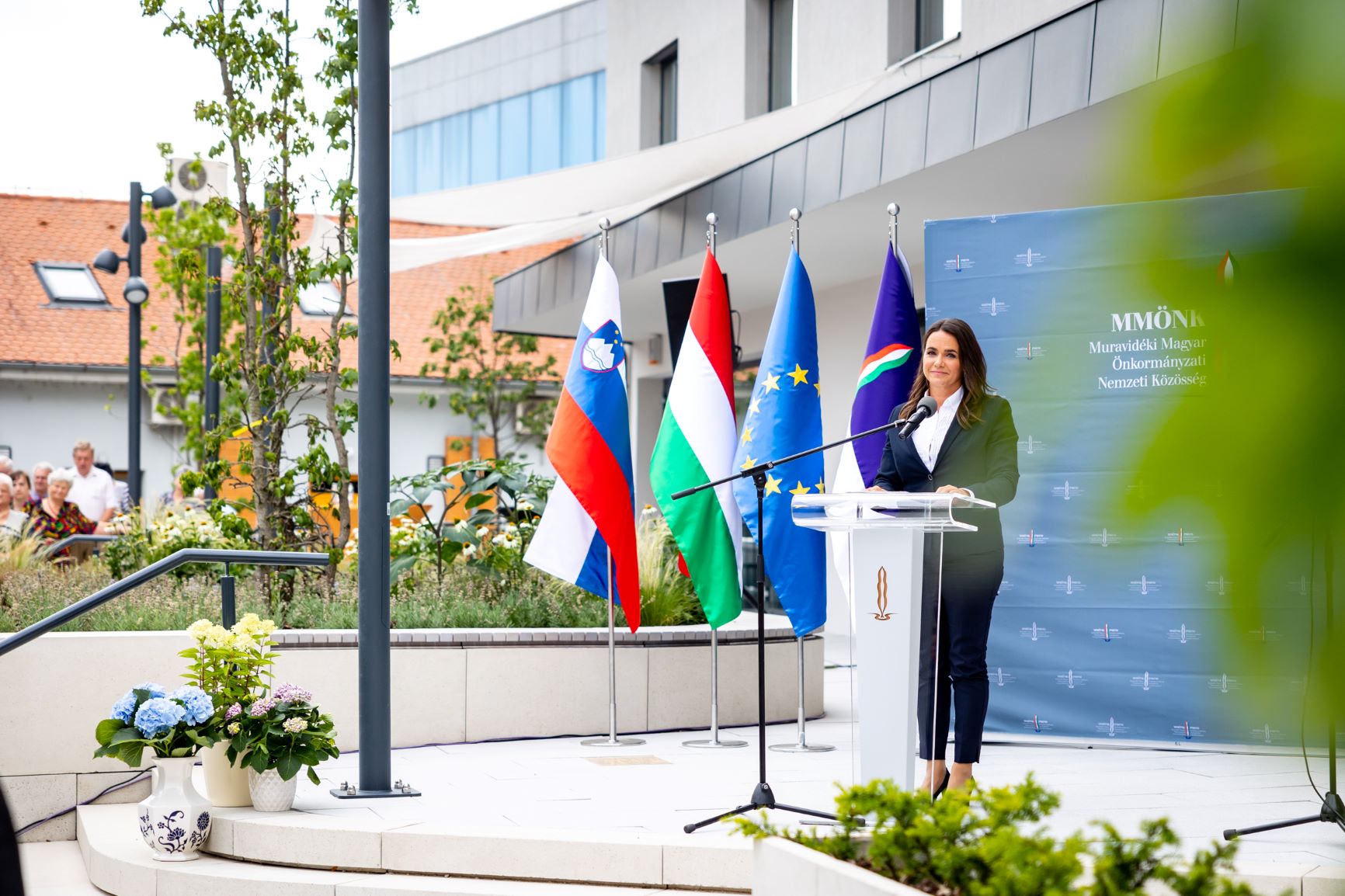 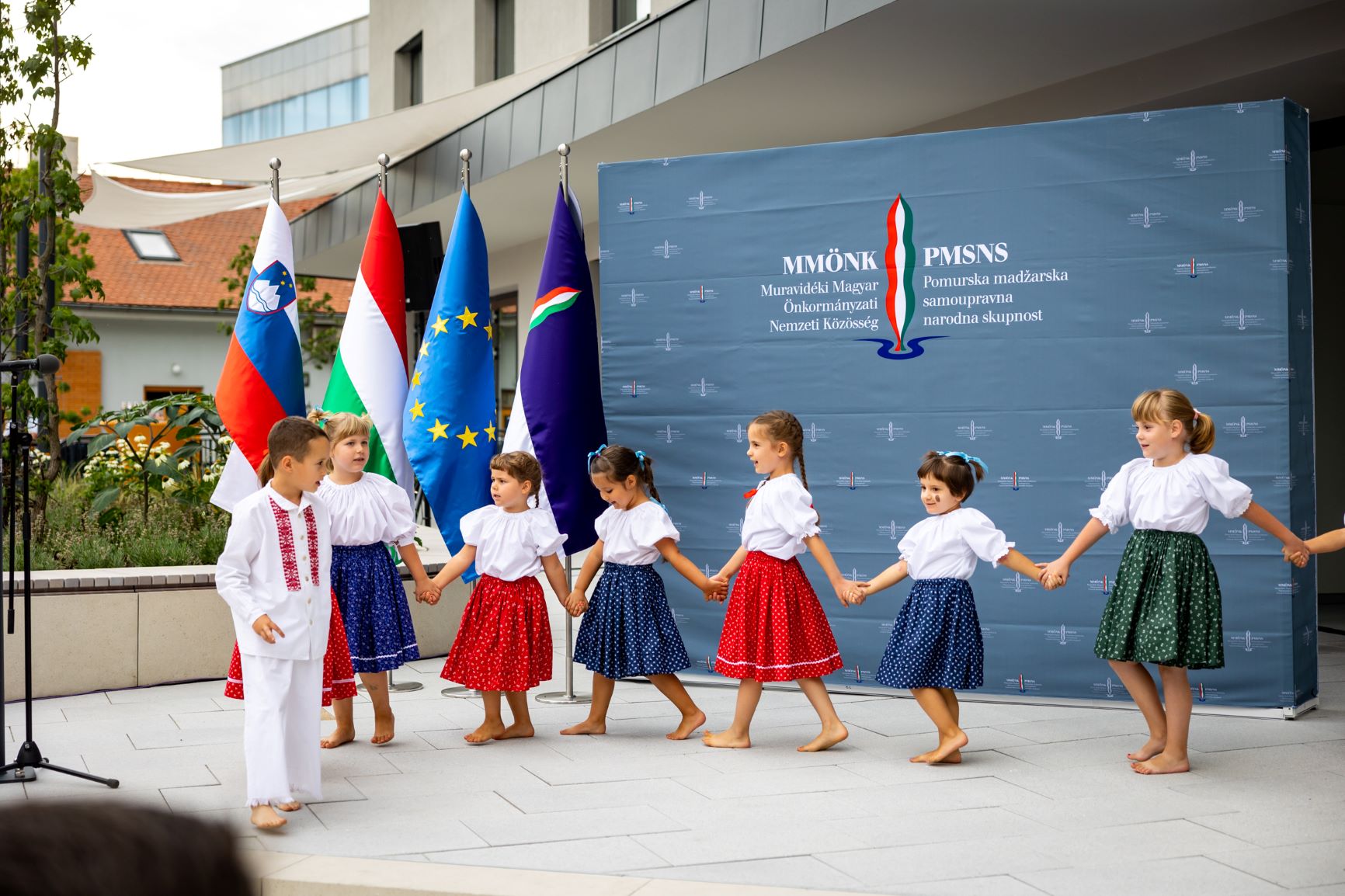 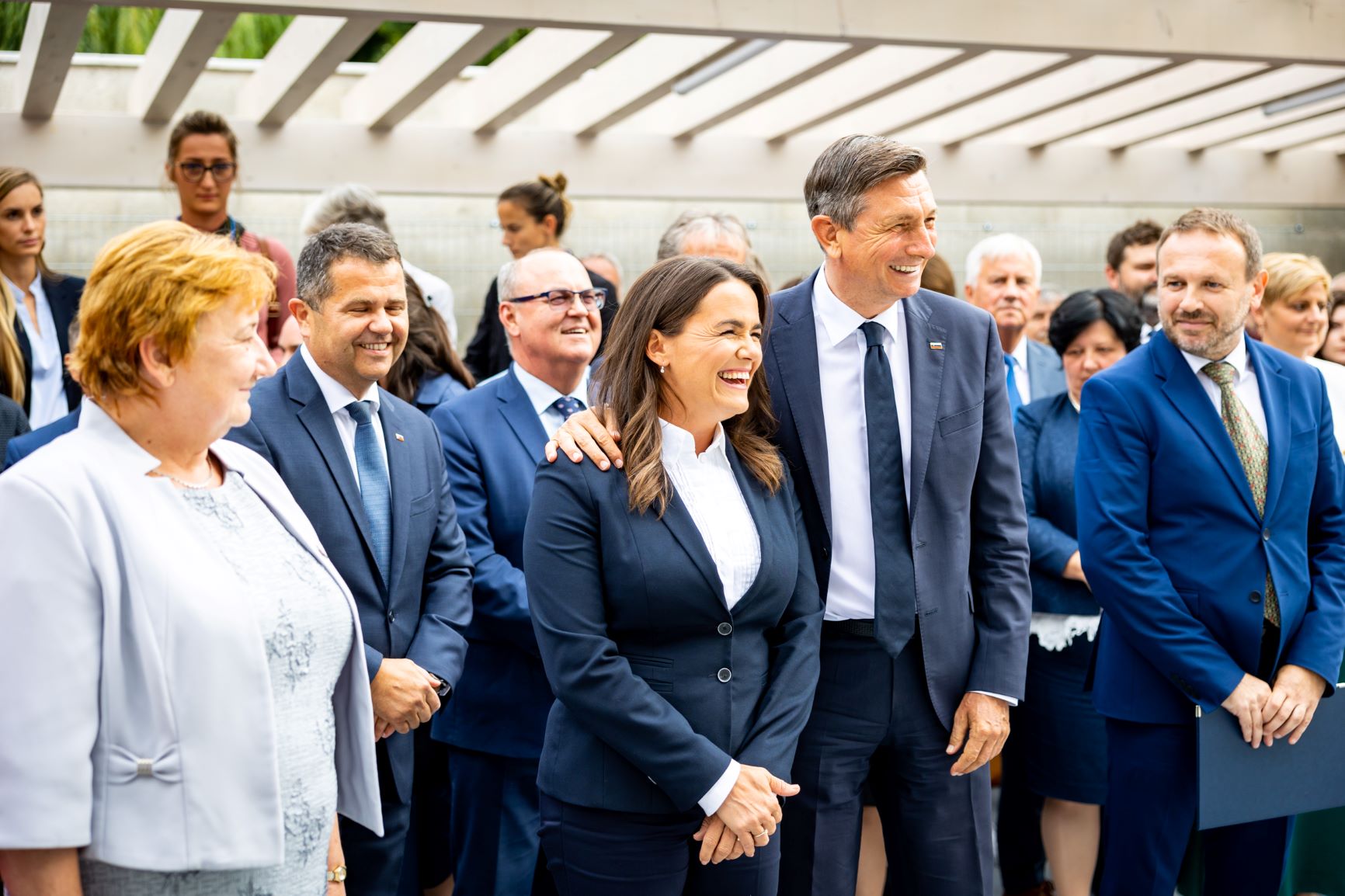 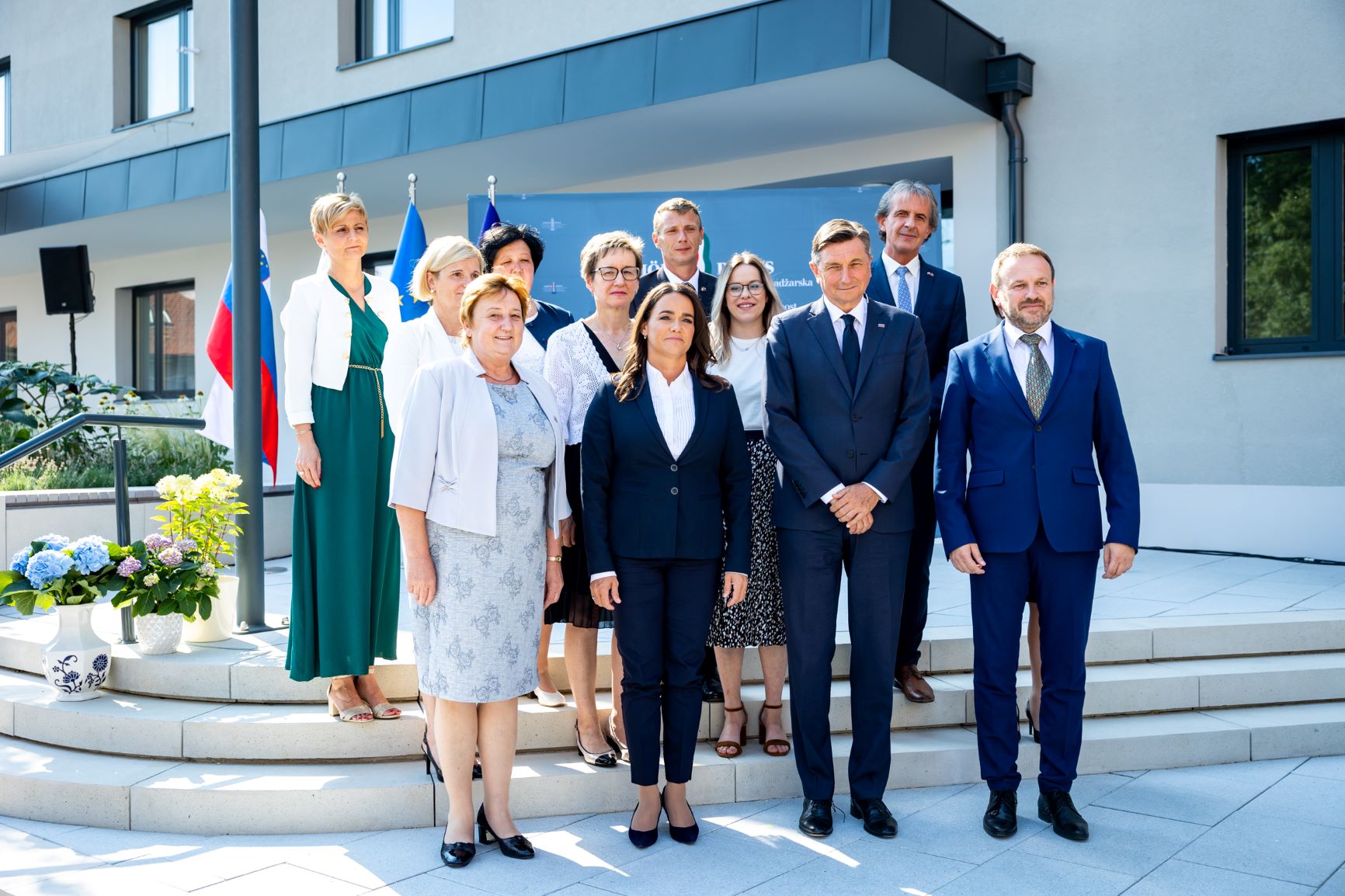 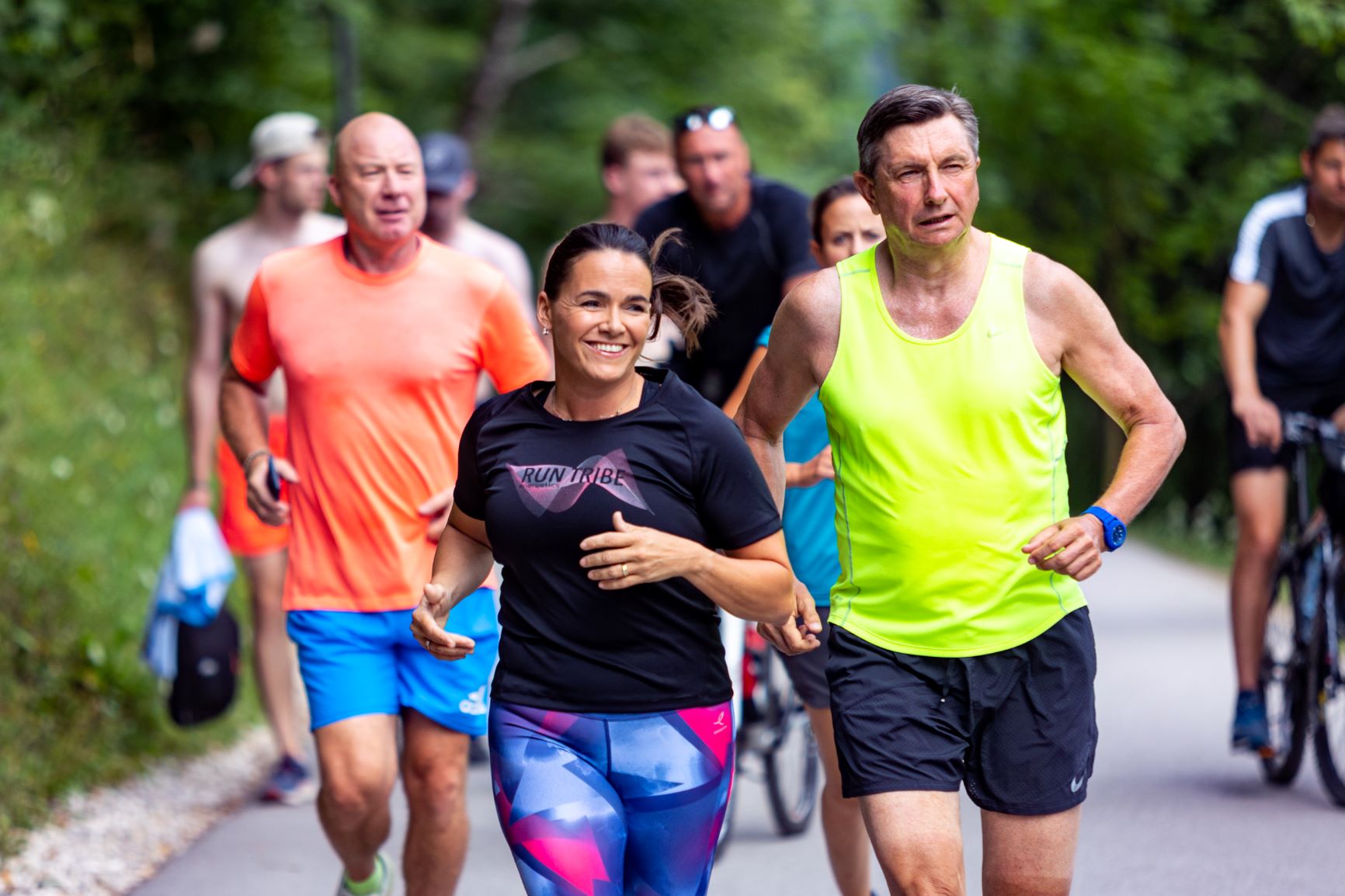 Katalin Novák came to Slovenia on an official visit at the invitation of President Borut Pahor. Due to the good personal relations between the two heads of state, they jogged around Lake Bled together before the meeting. This was done to raise awareness of the importance of a healthy lifestyle and daily exercise.

After the official bilateral meeting in Ljubljana, the two heads of state held a press conference, where Katalin Novák praised the developing economic relations between the two countries, highlighting the recent stronger cooperation in the field of infrastructure development.

The Hungarian head of state thanked Slovenia for the way the country treats the local Hungarian minority. "In the light of the war in Ukraine, relations with our neighbours have gained even more significance. It is even more appreciated than before when a neighbouring country protects the Hungarian minority and helps to preserve its culture and linguistic identity," Katalin Novák said.
The Mura Region and the Rába Region on either side of the border increasingly function as a common economic area. For this reason, each of the two governments are supporting the economic development of the regions with 5 million EUR per year, over 5 years, said Katalin Novák, stressing that the two countries also cooperate closely in the fields of education, culture, heritage protection and science.

The Hungarian President said that Europe must remain united in its response to the war in Ukraine. However, we must look at the consequences of our decisions and act in the light of them. Decisions must be taken that hurt aggressor Russia first and foremost, she said. The Hungarian head of state stressed that in order to solve the serious economic problems resulting from the war, stability but also resources are needed, and therefore Hungary must have access to the EU funds to which it is entitled.

Both heads of state agreed that the Western Balkan countries should join the European Union as soon as possible. Katalin Novák stressed that "it is in Europe's vital interest" that the EU should grant candidate status to Bosnia and Herzegovina and speed up Serbia's accession process. Borut Pahor underlined that both countries have an exemplary relationship with their national communities. "We are living in very complex geopolitical times, so we need friends," he said, adding that there is no need to agree on everything, but we must seek understanding and show mutual respect.
In response to a journalist's question, Katalin Novák said, "It is not peace and truth that are in conflict, but peace and war. We are on the side of peace and truth. Hungarians want peace as soon as possible", the Hungarian President stressed.

Katalin Novák recalled that there were times in the 20th century when those who spoke in their native Hungarian tongue could expect punishment. "Those times are gone, and with the peaceful unification of Europe we have been given and also created the opportunity to rebuild the framework that holds our nation together," the President of Hungary stressed.