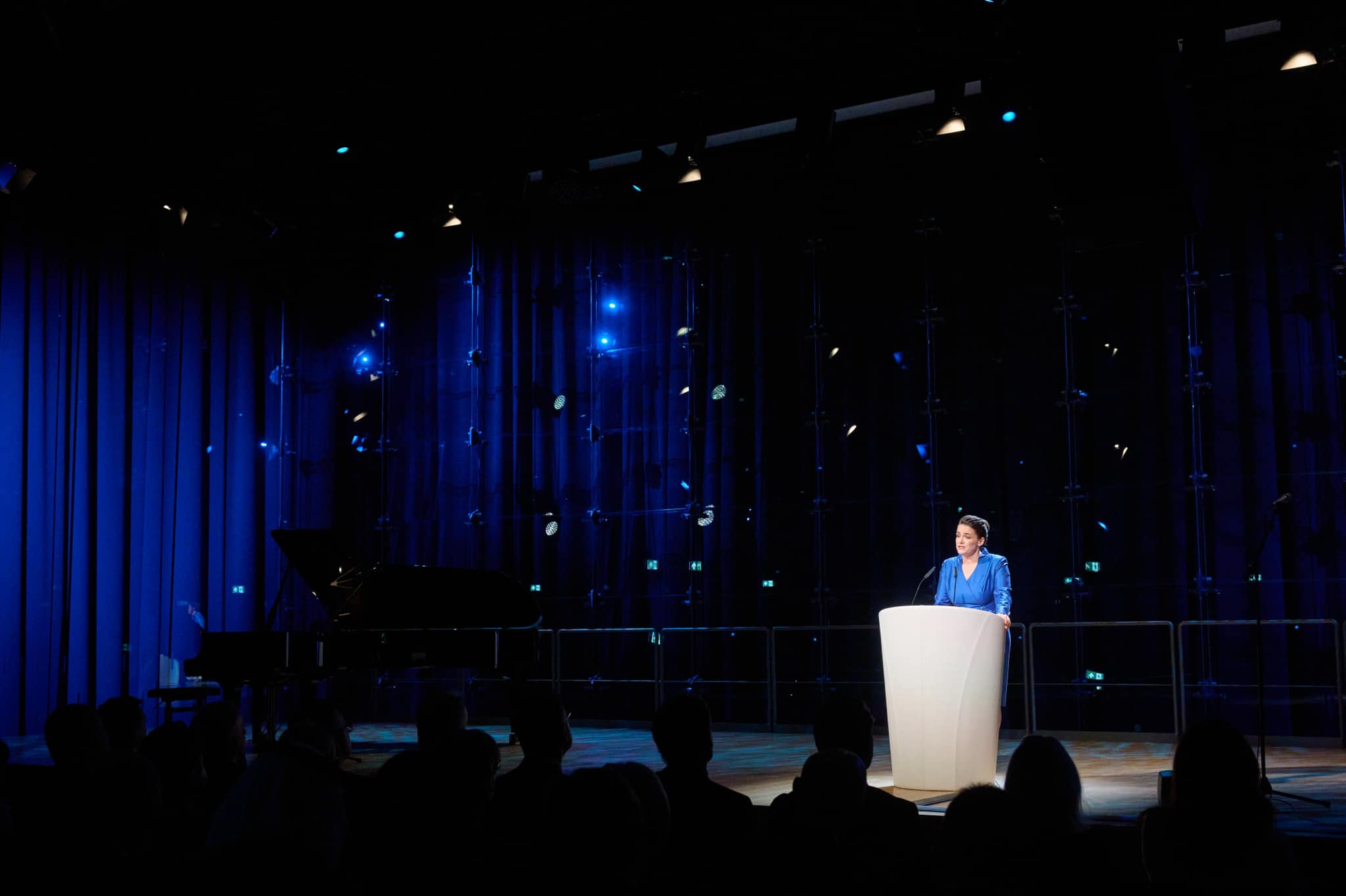 Hungarians are a crisis resistant nation –President of Hungary Katalin Novák said in Budapest on Wednesday evening at the reception held for foreign ambassadors serving in Hungary.

In her speech delivered in English, Katalin Novák, who received the diplomats with her husband István Veres, said: the last year was one of the most difficult in the recent period, however, despite the many problems, the situation is not so bad, as the Hungarians have what it takes to overcome the challenges.

The President of Hungary stressed that hopefully, we are now past the coronavirus pandemic, but we still have to confront its economic and social consequences. There is war in Ukraine – the President continued to give an account of the problems. Several European countries have problems concerning their energy supplies. Migration pressure on Hungary’s southern border is on the rise. There is uncertainty in society, salaries are not competitive in some sectors, and there is a never-ending struggle to be fought with Brussels.

On the other hand, however, Hungary’s economy is strong, its politics is stable and Hungarians are crisis resistant – Katalin Novák underlined. She went on to say: Hungary’s thinking is strategic, and the people living here work hard and want to have a family. They are proud Hungarians and proud Europeans at the same time, want to prosper in their homeland but also wish to discover the world.

The President of Hungary emphasized that we must rely on mutual respect and a pragmatic attitude.
Addressing the ambassadors, the President stressed that the diplomatic corps have a great deal of diversity. Cultures differ, and consequently decisions differ as well. However, Hungary respects these decisions, and expects the same in return from its partners: respect for its culture and decisions – she added.

She went on to say that Russia attacked Ukraine one year ago. One must be pragmatic on this issue, but one must think of the survival of Europe. The North Atlantic Treaty Organisation must remain out of this war, NATO must not allow emotions to take the better of it and drift into the conflict as a result – said Katalin Novák Katalin, expressing her wish for the New Year to finally bring peace.

The President stressed that the family is still her first priority. Not only as a mother, but also in terms of how it is possible to support families in Hungary. She pointed out: Budapest will host the 5th Demography Summit in the autumn. She noted that the Ambassador of Poland arrived at the event on Wednesday with their baby who is only a couple of weeks old. She said she was pleased that Hungary is a family-friendly place where this is not a problem.

She pointed out that she considers her visits to foreign countries as an opportunity to exchange views and arguments. Hungary is an open country in the middle of Europe, and if somebody needs explanations and wishes to cooperate with us, Hungarians are available and open- the President of Hungary indicated to the ambassadors.

Katalin Novák explained that among other reasons, the traditional New Year reception is held at the House of Hungarian Music because the building, which has won many international awards, is a good symbol of the cultural development of the past period and an excellent example of how something can be both unique and universal, traditional and modern, Hungarian and international.