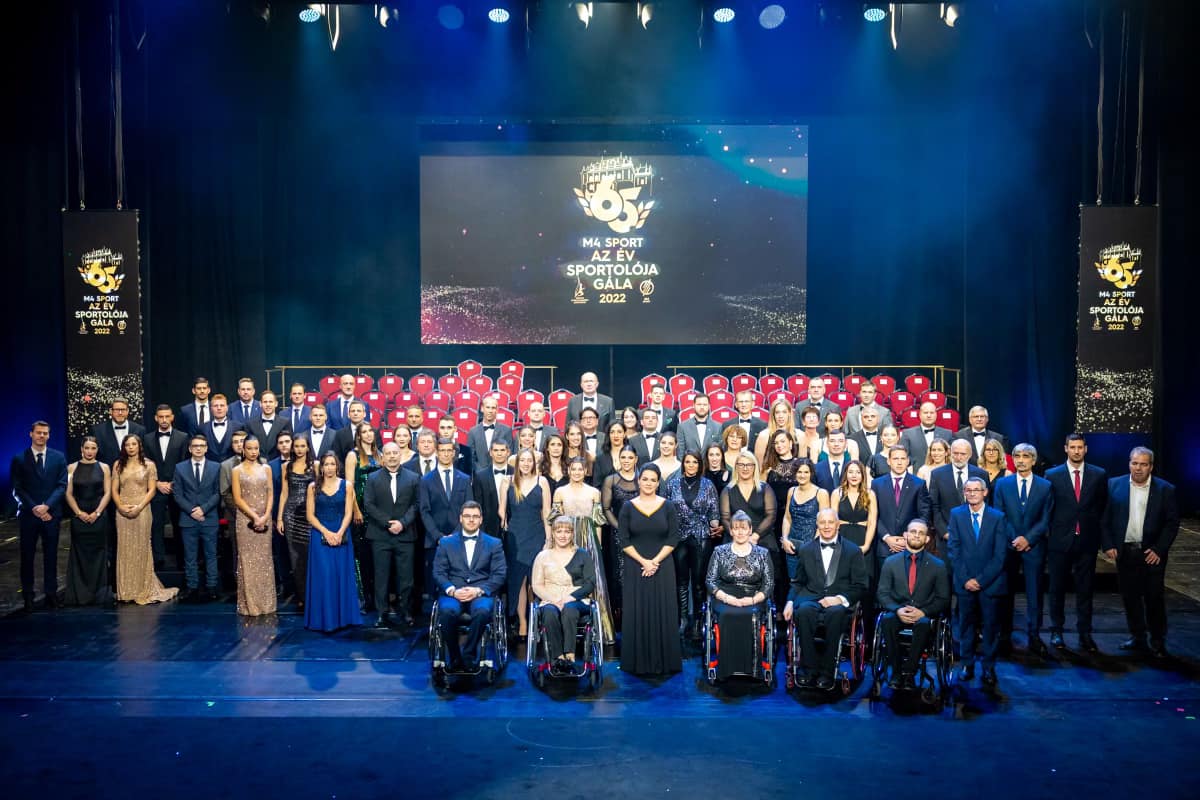 The Association of Hungarian Sports Journalists (MSÚSZ) has chosen Kristóf Milák, the world record holder in men's swimming, and Luca Kozák, the women's hurdler, as Athletes of the Year 2022.

The winners of the vote organised for the 65th time were announced at the M4 Sport-The Athlete of the Year Gala at the Opera on Monday evening. The ranking orders were based on 423 votes.

The Sports Moment of the Year was Kristoffer Zachariassen's goal against AS Monaco in the Europa League, which helped FTC to be the group winner. The shortlist of three was drawn up on the basis of more than 12,000 votes from fans, with the winner selected by a panel of professional jurors.
Ádám Torzsás was selected as the Athlete of the Year, while the trophy for the recreational sports activity of the year was presented to the organisers of Balaton Cross Swimming.

At the event, participants stood up to greet with a big round of applause the five-time Olympic champion gymnast Ágnes Keleti celebrating her 102nd birthday. Ágnes Keleti is the world’s oldest Olympic gold medallist.